Saitek gear has had a very limited supply chain for more than a year now, and it’s making the aftermarket for some stuff a bit ridiculous. One of those things is the power adapter for the Saitek Pro and Cessna yokes, which are either on multiple-month backorder or being sold by some people on eBay for (the outrageous price) of $70 or more US.

No need to pay that, and I certainly wasn’t going to. Instead, I went to my local PC shop and bought a universal AC adapter that allowed me to match the ratings of the Saitek yoke. The Saitek Pro yoke needs voltages between 100 and 240 volts AC at 50-60 hertz, and the output is fixed at 5 volts and 2000 mA (2 amps). This is good as you need about 500 mA per USB device plugged into the yoke (or any USB hub you hope to use, for that matter). Given that, the Nippon America 2000mA Universal Adapter Multiple AC 3v 5v 6v 7.5 9v 12v should do the trick, and it’s available in the US at least at Amazon for $12.67. 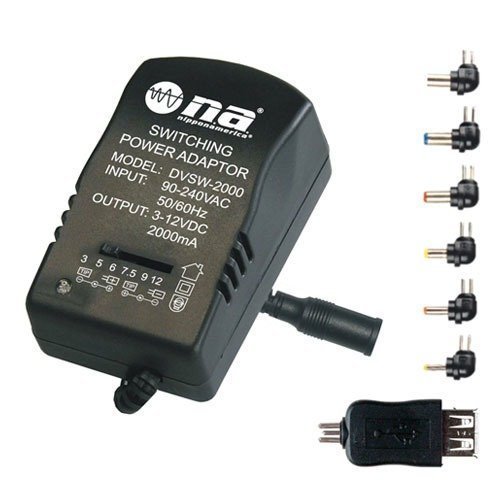 This is similar, but not the same, as the one I have, and it’s nice because it allows you to set multiple voltages, has multiple tips, and the tips are switchable so you can have the polarity positive outside or inside. There are other units available – just be certain the voltages, mAmps, and polarity are right.