Welcome to On The Glideslope.

I’m an anonymous guy who has a flight simulator in his basement. I know: exciting stuff. If you think it’s exciting for you, you should talk to my wife. When I started this site I was just an aviation enthusiast with no real-world flight experience. Today I have my private pilot certificate and instrument rating and am working on my commercial certificate. And I’ve sunk a bunch of time and money into having a flight simulator in my closet.

So how did that happen?

Well, I’ve had a passion for aviation as long as I can remember. One of my first words was “plane.” I have a vivid childhood memory of flying to Ohio to visit my grandmother. I loved driving by the local Air Force base where on a lucky day I could see F-16s flying the pattern. One of the best Christmas gifts I received as a teen was time in a Piper Cub, a gift from my brother. In junior high I was one of the two guys in the “Aviation Club,” run by a former B-17 pilot (and English teacher) who happened to have a WWII Link trainer stashed away in a boiler room at the school. My dream in high school? Go to the Air Force Academy, fly fighters, and be a test pilot. You get the gist.

Along the way, I fed the passion with flight simulators, starting with SubLogic Flight Simulator 1 on the Apple II. There’s nothing like green screen wireframe for an immersive experience. Technology evolved, through the Commodore 64, Amiga, and PC, and then on the Mac, X-Plane. And while I always loved it, the sim was never quite realistic enough for me to keep with it consistently.

In early 2016 I was watching YouTube and came across a bunch of great home cockpit flight simulation videos. One guy in particular – Flight Sim Liberty – really got my attention with the Cessna 172 simulator he’d built. At that point it dawned on me that I could do the same, and that building a sim from scratch would engage all kinds of other things that appeal to me: technology, engineering, details, and aviation on top of it. It seemed like a great hobby, especially for the winter.

So I started planning. I figured I’d build a general aviation cockpit, roughly modeled on a Cessna 182, but with enough flexibility that I could fly multiple aircraft in the simulator if I chose. I planned the panel based on a life-sized PDF of a Cessna 172 panel but a few inches wider than in reality to accommodate what would be a 48-inch wide cabin. 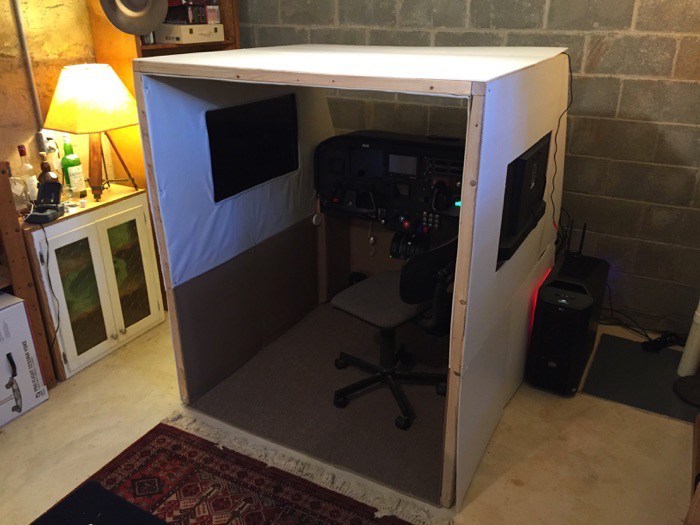 I used Google Sketchup to do the CAD work for a cockpit roughly of the 182’s size (though a bit taller at 56 inches). I watched Ebay and won a bundle of used Saitek instrumentation equipment, and after that I was off to the races. After a few weeks of planning, a good buddy who flies charters for a living came to town, we went to Home Depot, and we were building a flight simulator. 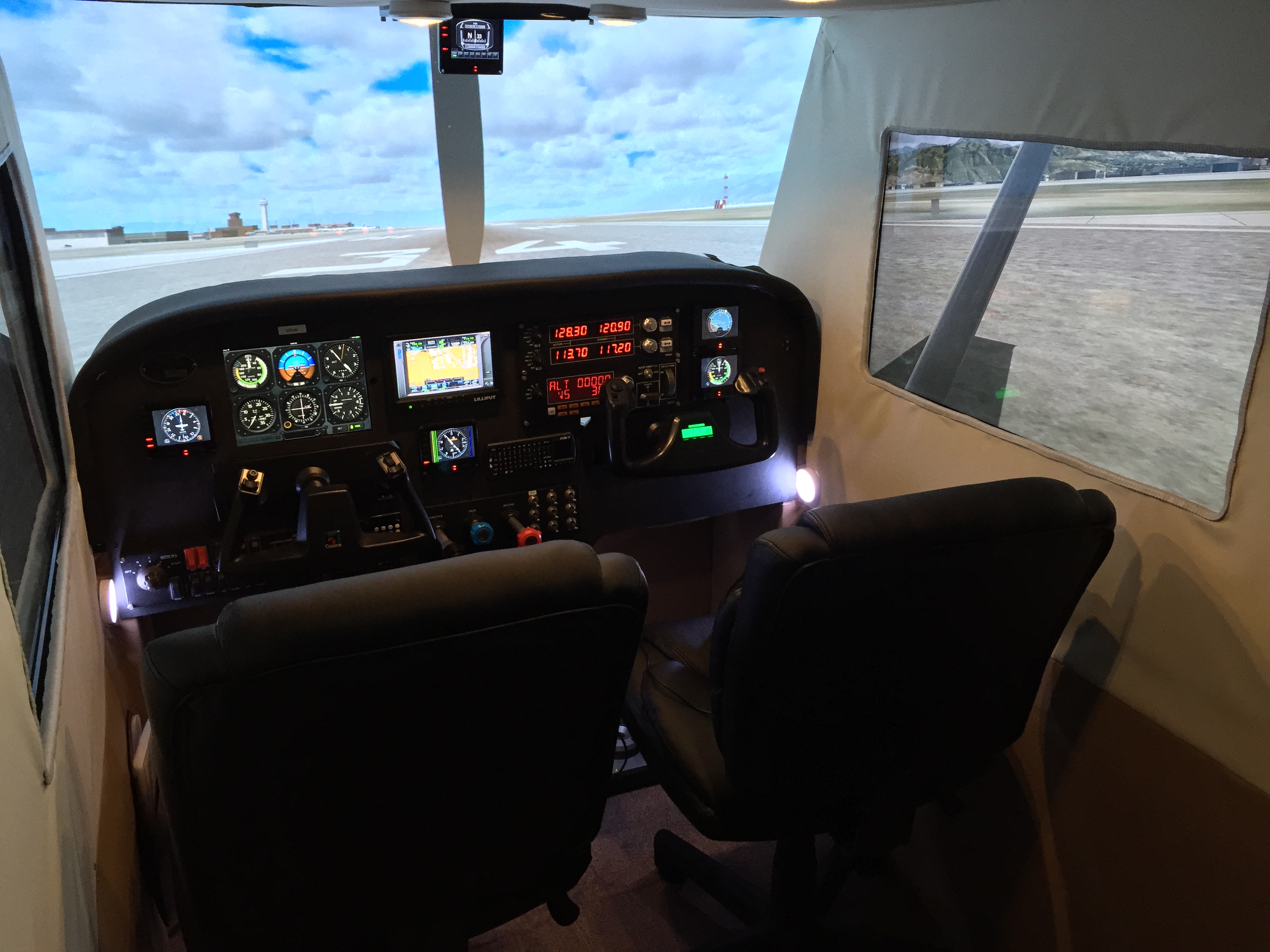 Five weeks later the simulator was for the most part done and running. I’ve learned a lot about simulator technology, and more about graphic processing units and the voltage loading of USB hubs than I care to admit. I’ve even learned about how much leatherette someone will cut for you at Joann’s Fabrics. One of the critical things I’ve learned is that a home flight simulator is an ongoing process. Fix one thing, and another might break. Tweak here, and something reacts there. That’s because it’s a system, not a static thing, and working in a system is always a process and probably a labor of love. But I do love it. The sim is great, it looks fantastic and performs astonishingly well, and it’s every bit as good as what I train in for certification time. And it’s fun. More than that, though, I’ve enjoyed working on it. 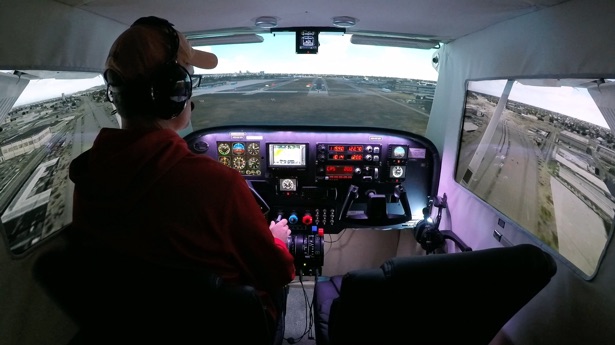 Oh, why the name, “On The Glideslope?” First, it sounds cool. But second, for me that’s the best part of a final approach: when you have the aircraft dialed in, the trim is just right, the rate of decent is just right, and the HSI is pegged right in the center. Everything is just so. In flying, as in life, that’s a beautiful thing. Hence the name.

I hope you like the site, and thanks for coming by. I’d love to hear from you, and you’re welcome to email me at ontheglideslope at gmail dot com.

One thought on “About OTG”