… this time in the home cockpit. I’ve not tried this much lately as I’ve been trying to focus on instrument rating practice in the sim. And when I have tried, the sim has crashed. But today we made it from virtual Portland to virtual Teri Cities and enjoyed some virtual IMC along the way. PilotEdge founder Keith Smith was also in the chat room most of the flight, and we discuss the merits of PE for instrument training at some length. As always, thanks for watching.

I came across a new X-Plane configuration utility yesterday: FlyAgi. There are now more than a few utilities that allow an X-Plane user to modify settings in the interest of visual preference and frame-rate performance. Most recently I have been using VMI-TwickVR, which for me was very helpful, but having read the reviews of FlyAgi I decided to give it a shot. I like it very much – the user interface is straight-forward, and its auto-level-of-detail and “fast clouds” functions, combined with being able to easily turn off X-Plane’s dynamic water effects, gave me excellent frame rate performance yesterday. You are also able to change shadow and atmospheric settings on-the-fly without reloading the sim. I’ll keep using it and you may want to check it out. Note that FlyWithLua Next Generation is required for this utility to work.

Some of you may have seen that I tried to live stream a flight in the home cockpit both yesterday and the day before. Both streams ended with a system crash: X-Plane crashed in one, and my entire PC crashed yesterday. I would describe my reaction as “frustrated.” I was eager to get in some IFR practice yesterday, though, so I re-booted, took down the streaming software and cam, and tried again with excellent results. I can look at the Windows logs, but my initial believe is that the webcam driver is probably causing the problem. This makes streaming from the physical cockpit hit-and-miss, and while I appreciate that not everyone likes VR streams, it’s another argument for me streaming in VR. Perhaps I will stream in VR and go back to uploading physical cockpit videos if I’m unable to get the matter sorted. If you’re interested in seeing yesterday’s stream pre-crash it’s below (and unlisted on YouTube):

Finally, I did get into the virtual air with the new VirtualFly Yoko “The Yoke” PLUS yesterday. First reaction is: WOW, what a GREAT yoke. The resolution is amazing, and you can truly fly with your fingertips (as in the real world). I will post a thorough review after spending more time with it, but it’s a great piece of gear and an improvement on the already excellent original.

The very nice folks at VirtualFly have recently sent me their new Yoko “The Yoke” PLUS for testing. I took it out of the box today, and here are my initial reactions. The short story: like the original Yoko Yoke, this is a product of superior build quality. I hope to have it in the sim this weekend at which point I will post a more complete review. The Yoko Yoke PLUS product page is here.

A very interesting box showed up on my doorstep this week … 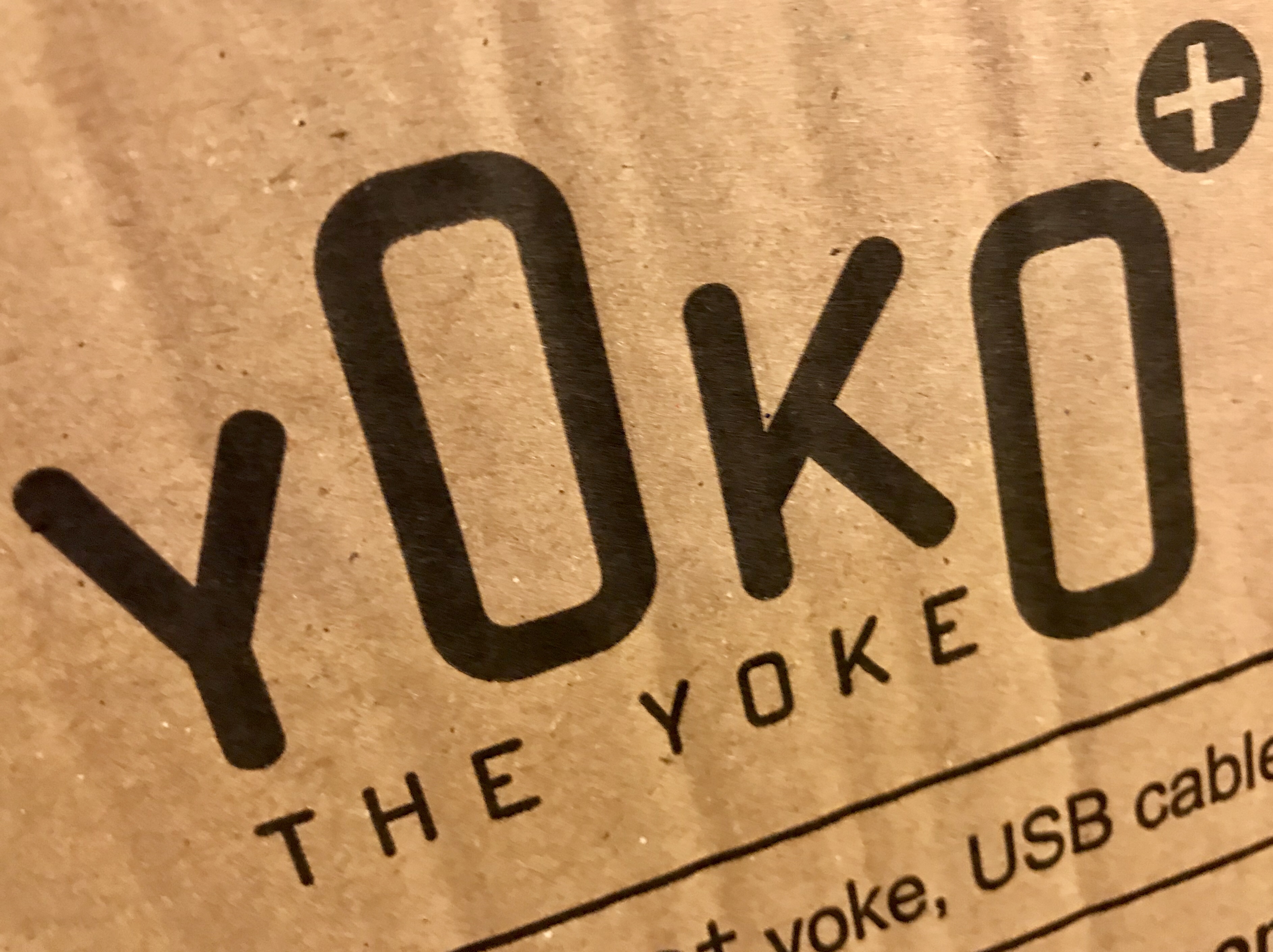