Conditions for today’s lesson looked relatively benign, but don’t be fooled by the appearances.

While our winds on the field were 300 @ 6 knots, we quickly learned on takeoff that at about 200 feet they were cranking much, much stronger. I’m not sure how strong, but at 3,000 they were about 39 knots. This means we had a wind shear environment, and it made for some interesting flying. So much so that while the plane was bucking around on climb I told the instructor to take the plane. Once we made our crosswind turn, though, the air was a bit more stable if very windy and I asked to fly us in. Here’s the pattern and wind vectors. 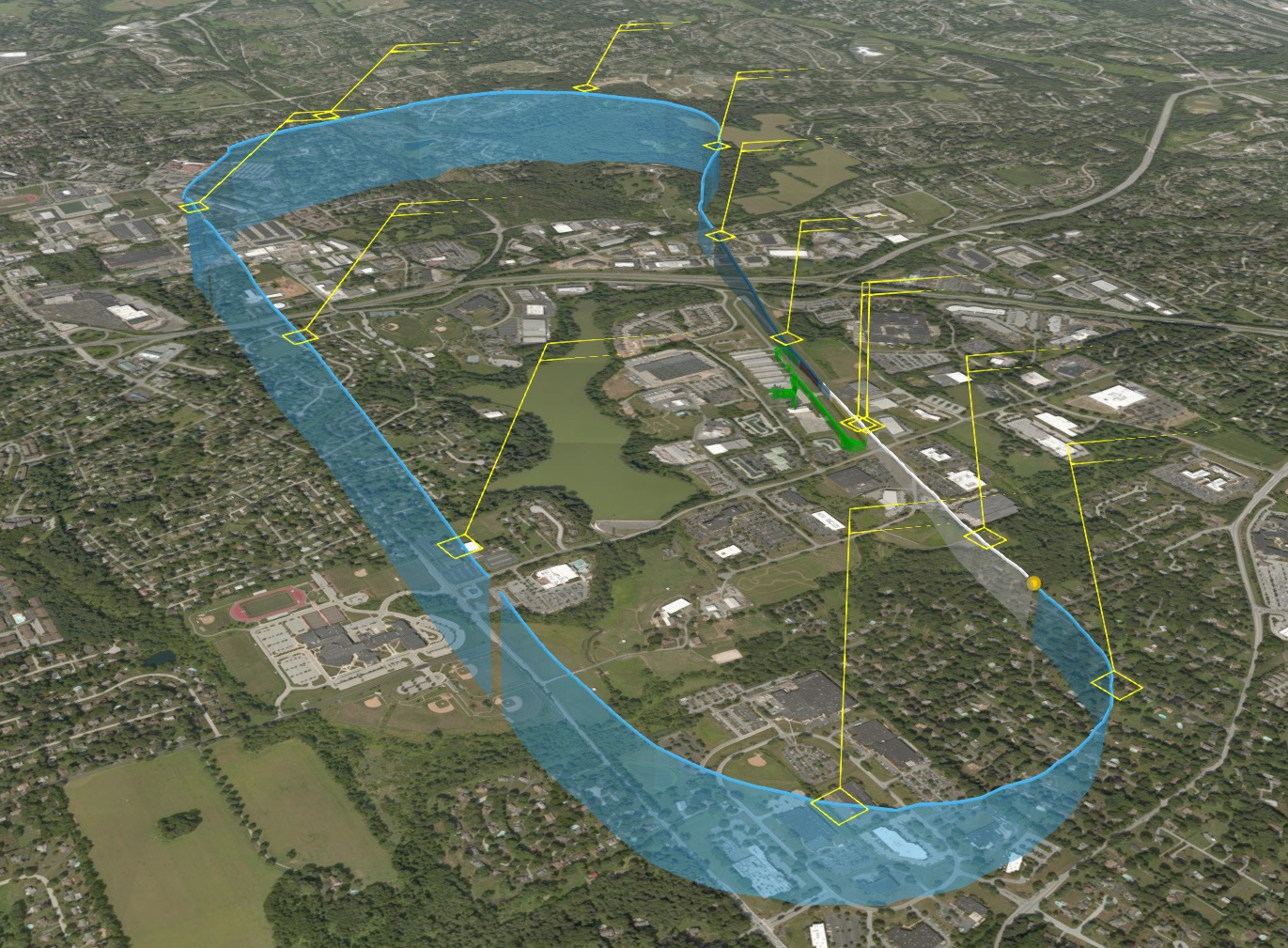 My instinct at the numbers was to make an early turn to base, in part because I knew the headwind was going to push us away from the field, but mostly because I wanted a high approach with more cushion for a go-around. In a conversation afterward with the owner of the flight school he said this instinct was a good one: that a sudden downward shear, or a sudden drop in windspeed on an airplane trimmed for a true airspeed with a cranking headwind, would mean “sink” – and sink on short final is not good. He described it as “sobering … it’s like a dragon living in the basement that at any time can stick up it’s claw and get you.” I wasn’t afraid flying this pattern, and actually thought it was a great experience to have (especially with my instructor at my side). But it’s a reminder that wind can be just as troublesome as the clouds, and we correctly made the decision to head back to the barn after this one loop.

Our plan was to practice performance takeoffs and landings (short field and soft field). No way we were going to do this today, so down to the sim I shall go …