Over and over again in this process I’ve been very thankful for the iFixit 54 bit driver kit that I picked up from iFixit last year. The kit costs $24,95, but between you and me, it’s probably only worth three times that. 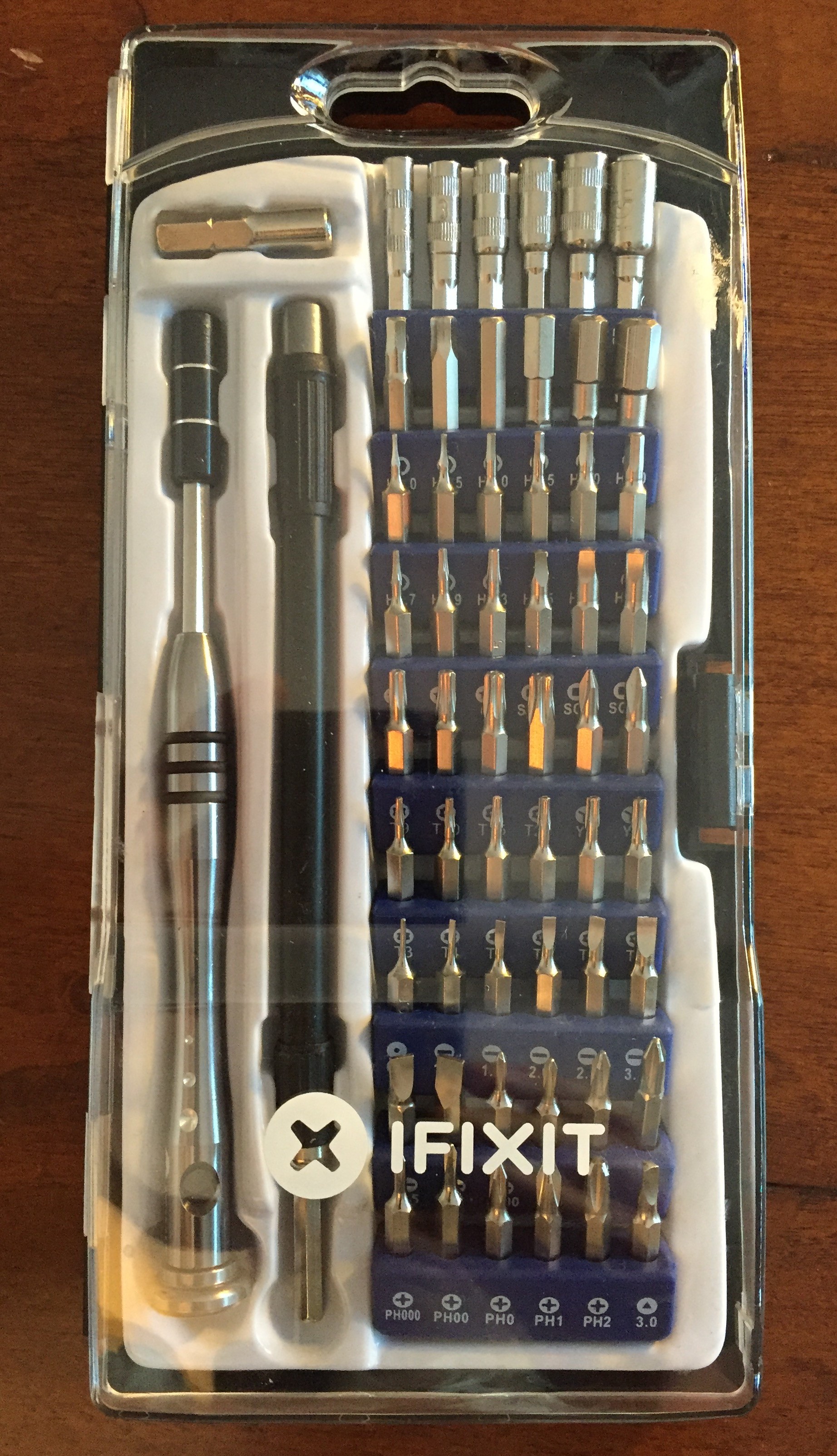 As the name suggests, the kit has 54 bits. They cover every type of screw head I’ve so far had to deal with. The kit also has a flexible neck attachment (which, incidentally, I used to tighten the door handle on our freezer yesterday), other bit attachments, and an extender.

Build quality is spectacular, as is fit and finish. You can read more about the details at their site, but if you were to ask me which three things you should have sitting around to help build a basement flight simulator I’d say, in no particular order, (1) a circular saw, (2) velcro tape, and (3) the iFixit 54 bit driver kit.