It was subLOGIC I and I played it on a friend’s Apple II on a green screen monitor. It looked like this, and it was awesome.

This video is from a few weeks back. I hadn’t  installed the sun visors yet, and was still working on the alignment across the three monitors, but overall it looks pretty good (save the poor low-light images from my old GoPro). In this video we take off from KTPA runway 1L, make a left-hand turn out of the pattern, and follow the causeway out to Clearwater. We then make a left-hand turn over Clearwater Beach, before finally making some vectors to enter the pattern for KPIE ILS 36 R.

Having upgraded the sim to Prepar3d 3.2, last Friday night I downloaded the most recent Active Sky Next patch to keep everything current. I don’t know that this was necessary, as my ASN was working fine post-3.2, but I wanted to have the latest code running. After the install, two things happened:

I believe the complicating factor is that I had uninstalled FSX Steam Edition just prior to the ASN upgrade, and I’m guessing the sim is searching for a Simconnect client that it can’t find. But while I can see how that might result in no visible weather, I don’t know that it would create a massive memory leak.

I’m away from the sim for a bit so I won’t be able to try to tinker to a solution for a while, but when I get it I’ll post it here. 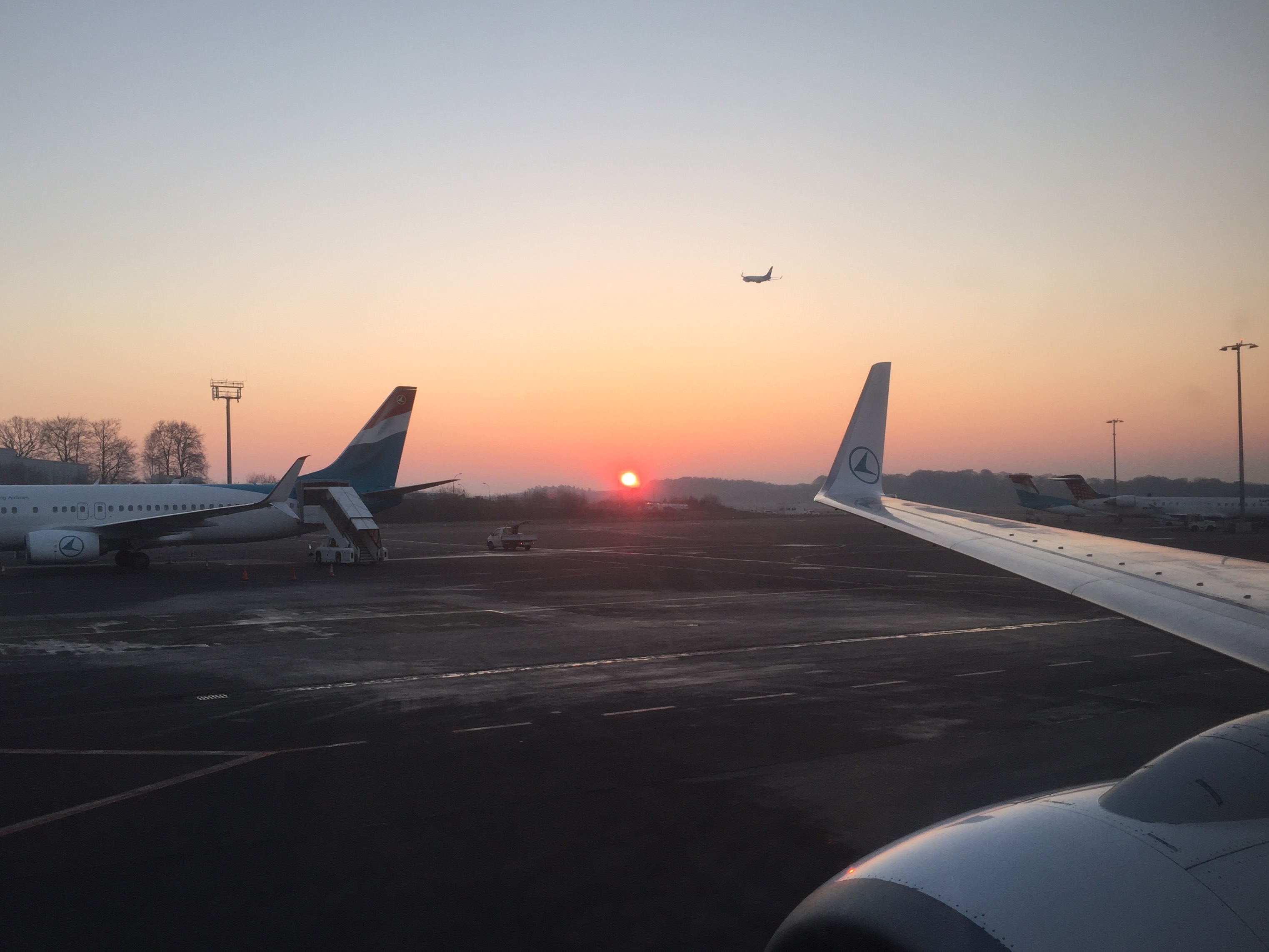 40,000 feet in four minutes, and nearly 300 knots before touchdown. I’ve got to find a way to simulate this approach.

A day of tweaking today. The sim’s performance is pretty good – really good, actually – but I can tell when it’s stressing the CPU and GPU and the photorealistic scenery just isn’t quite as beautiful as I know it should be. With the benefit of an early start this morning I was poking around this thread on AVSIM, and as a result today’s tweaks are in two groups: processor and graphics.

In terms of the processor, I’ve been running the quad-core CPU with hyper threading on but no affinity mask and no core dedication for the add-on software (Active Sky Next, the Flight1 GTN 750 GPS, and Multi Crew Experience). After reading the AVSIM thread I set my affinity mask to 116 in the P3D.cfg file, then downloaded Process Lasso and used it to assign the add-on software to virtual cores 1, 6, and 7. This was all seamless and easy, and Lasso really is a very cool piece of software.

Then it was time for graphics. A few weeks ago I found this thread in the ORBX forums, and after making those changes then to both my P3D.cfg file and my NVIDA Control Panel I had really good performance from the sim. One key (I think) was using the NVIDIA Control Panel to set the VSync to “Adaptive 1/2 Refresh Rate,” which would make the refresh rate 30 frames per second on my 60 hz monitors. One of the things I’ve learned over the past couple of months is that you want your PC and your monitors synced up, both displaying at 30 FPS or 60 FPS or whatever it may be. Given that 30 FPS is realistic for my setup (and movie-quality besides), that’s what I’m shooting for.

So this morning I figured I’d take the advice in the AVSIM thread, set my P3D settings to VSync “on,” triple buffering “on” and FPS to unlimited, set the frame rate limit to 30 in NVIDIA Inspector, and turn off the VSync adaptive setting in NVIDIA Control Panel. The result was that my frame rates absolutely tanked. As in six or seven frames per second, tanked. Abysmal. At first I thought maybe it was the affinity mask / Lasso settings, so I backed up on those. No difference. So then I took the sim’s graphic settings back to default. No change. So then I returned the NVIDIA Control Panel and Inspector back to default, and my frame rates with high settings and some pretty hefty Active Sky Next weather were back to 45-60 frames per second.

So the problem was clearly in the NVIDIA settings. I started to re-tweak with the Inspector limit at 30 fps, and that was clearly the problem – frame rates immediately dropped back to six or seven frames per second. I don’t know why that would happen, give that I had no other limiter on frame rates, but happen it did.

In the end, I cleared all settings back to the P3D defaults in NVIDIA Inspector. In NVIDIA Control Panel I fixed my settings consistent with the ORBX thread (including setting VSync to 1/2 adaptive, which should = 30 fps for my monitors). In Prepar3d I set VSync “on,” triple buffering “on,” and frame rates “unlimited.” This flew very well – the scenery was beautiful, actually – but there were some serious stutters when making steep banking turns, as well as on approach. I set the frame rates as limited to 30 fps in the sim, and things were then smooth a silk. Gorgeous textures (amazing, really, even far out – this is P3D v 3.2 at work, perhaps?), and great frame rates set at 30 fps, dropping only to 17-14 fps or so on final approach into KSLC, with maxed-out texture and mesh settings, traffic, scenery at max, and several sets of clouds from Active Sky Next. Most important, visuals were smoooooth – gorgeous photorealistic textures, and wonderful performance all around. It really was beautiful to look at.

So, it was a day of tweaking, and some real learning went on, but in the end things look and work great. I took a few flights around KSLC after all was said and done, and they were completely fulfilling. A ton of fun, and a reminder of what a great sim flight can feel like.

Post Script: Serious props to SteveW in the AVSIM forums, who has a site here, and Patrick Jorand in the ORBX forums.

A buddy wanted to see an approach into Eagle at Vail. Here it is. Note the total violation of appropriate pattern entry with the out-and-back approach, and the unapproved, wrong-way landing on the departure runway. There’s also a nice moment where I turn off the autopilot and almost stall the aircraft. That’s why it’s a good thing it’s a simulator. Note: No audio in this, as it was going through the headset, save my requests of ATC … 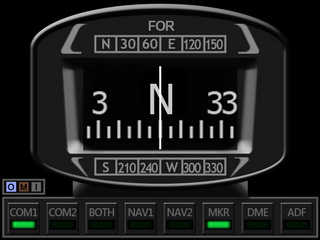 Not too far into my plans to build the basement simulator I decided to spend the $22 to get Sim Samurai’s Ultimate Guide to Advanced Flight Simulation (UGTAFS). It’s a great resource, hugely useful on everything from PC construction to file organization to panel construction to VATSIM (which I hope to get into in the next couple of weeks). The Sim Samurai product page has a enough description of the book that I don’t need to replicate it here. Let’s leave it as a strong recommendation – I’m glad I bought the book, and if you’re about to build a home cockpit, you probably will be, too.

I’ve been playing with taking GoPro videos of flights in the basement sim. My GoPro is an older model, and the low-light performance isn’t great, but here’s an early attempt. There’s no ATC audible because I have it coming through the headset. Things go great all the way around until a CRJ rams into me from behind at the very end, crashing the sim (you can see the traffic threat warning pop up on the GPS right at the end of the video). I heard ATC tell them to go around. I guess the computer pilots weren’t listening …