Then we simulated what I’d do if I’d flown into instrument conditions as a low-hour pilot (and while still under the hood). First step was to call ATC to ask for advisories and vectors back to the field (and out of the imagined clouds). The instructor played ATC in this case, with me making the calls and him giving the directions. We managed to get back to the Modena VOR, which is about five miles from the home field, but not before I made the mistake of “reverse sensing,” meaning I was tracking the needle “OUT” rather than “IN,” which meant I kept flying away from rather than to the desired radial. This made the instructor very happy, as he did not need to artificially explain this navigation mistake. I was happy to have helped him out. Once we were at Modena I took off the Foggles and we entered the pattern for a crosswind landing (which went very well).

All in all it was excellent practice. The air was a bit turbulent, with up and down drafts testing my ability to keep a level altitude under the hood. I felt like I was working and learning the entire time, and I could tell it had been a while since the last lesson, but all the stuff that is supposed to be comfortable by this point (takeoff, slow flight, stall recovery, flying the pattern, radio work) was, and the crosswind landing was very solid. I was pleased, and I’m eager for the next lesson (set for next week, but with possible weather intervening).

Here is the CloudAhoy map of the flight. Follow this link to see the route and replay it if you’re interested in doing so. 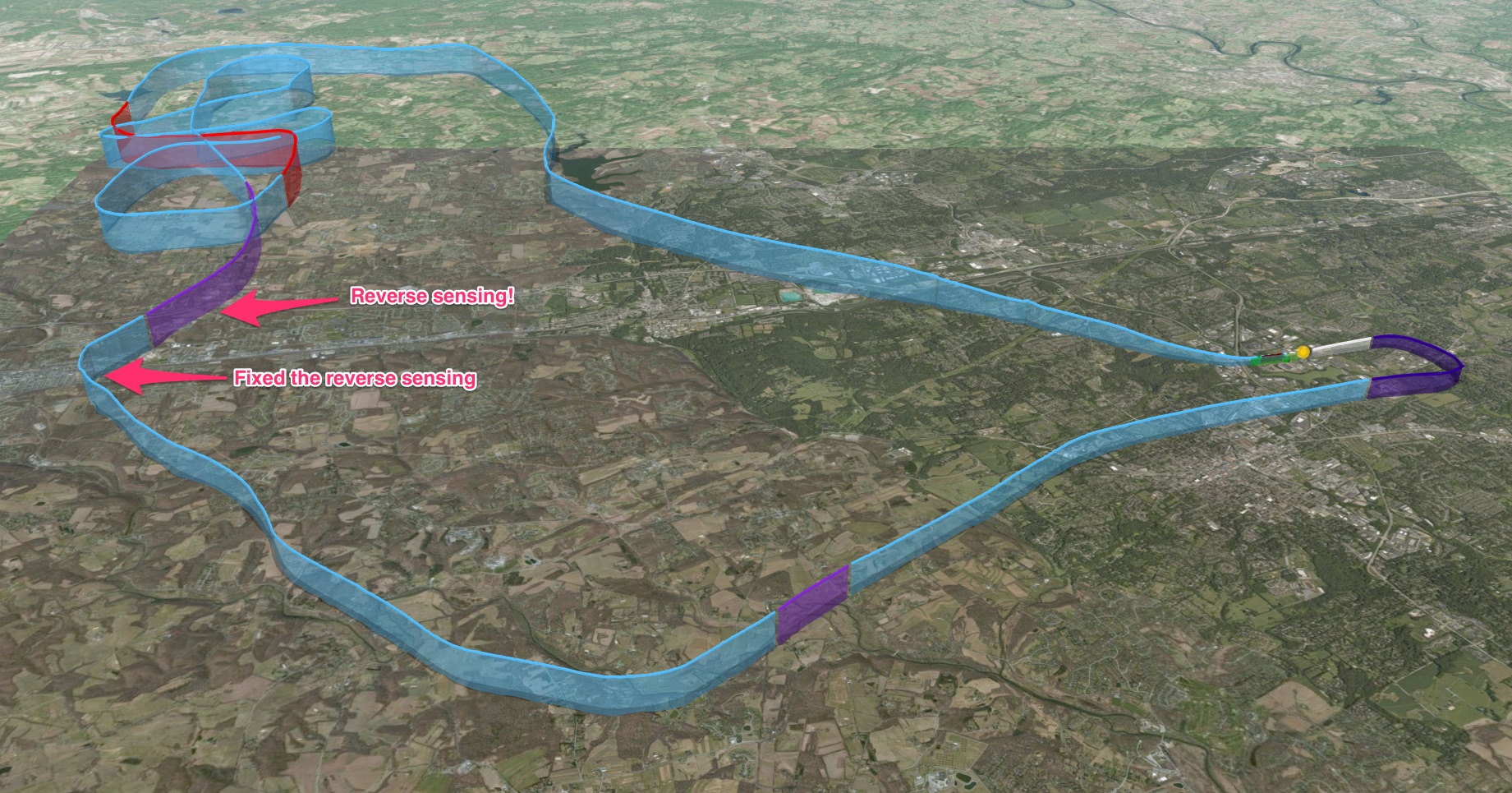