Yesterday I was able to carve out about three hours to complete the next flight in the PilotEdge Alphabet Challenge, Kanab (K) to Long Beach (L). This is one of the longest flights in the series, logging in at 345 nautical miles with the route I’d planned, a VFR flight of KKNB MMM LAS DAG POM KLGB. You can see the flight plan here: 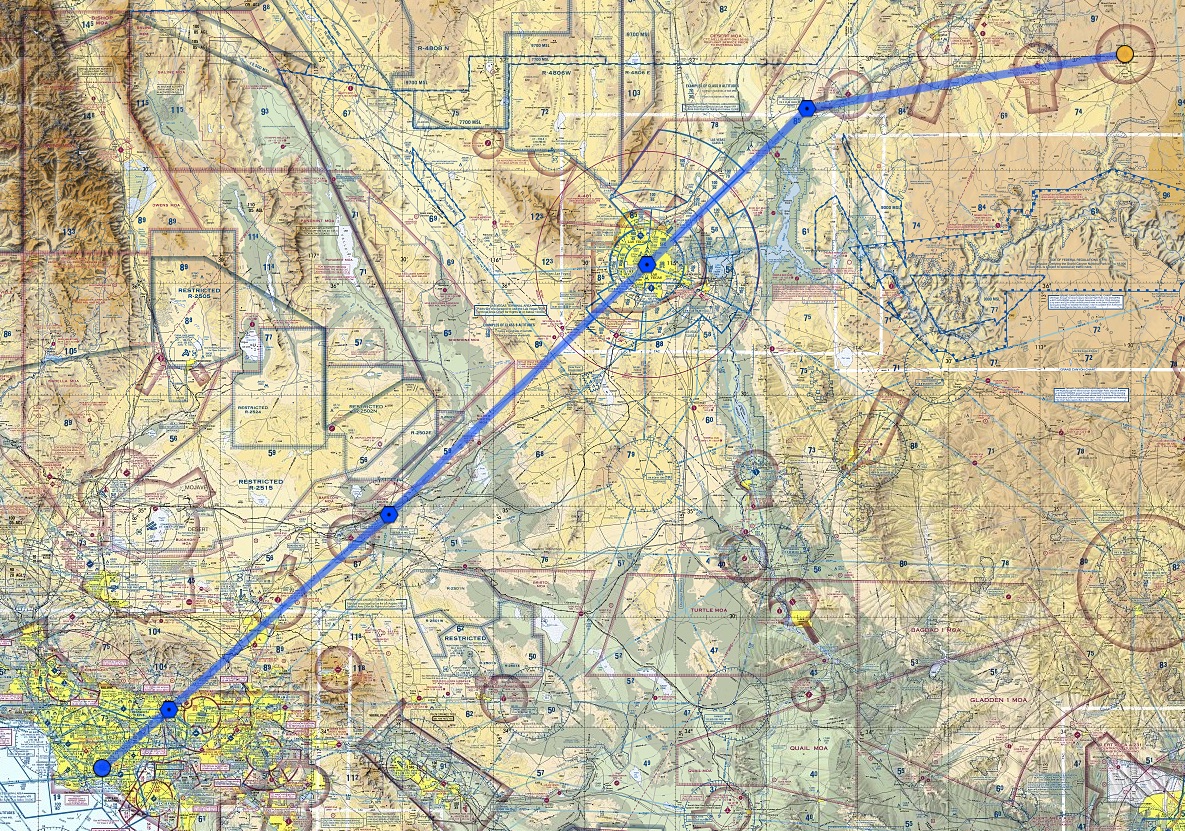 To keep this flight a manageable length, I decided to fly it in the Carenado Cirrus SR22GTSX turbo, which would let me clip along at about 170 knots once I climbed to the 12,500 feet cruising altitude I’d planned. It’s a beautiful airplane in real and simulated life: 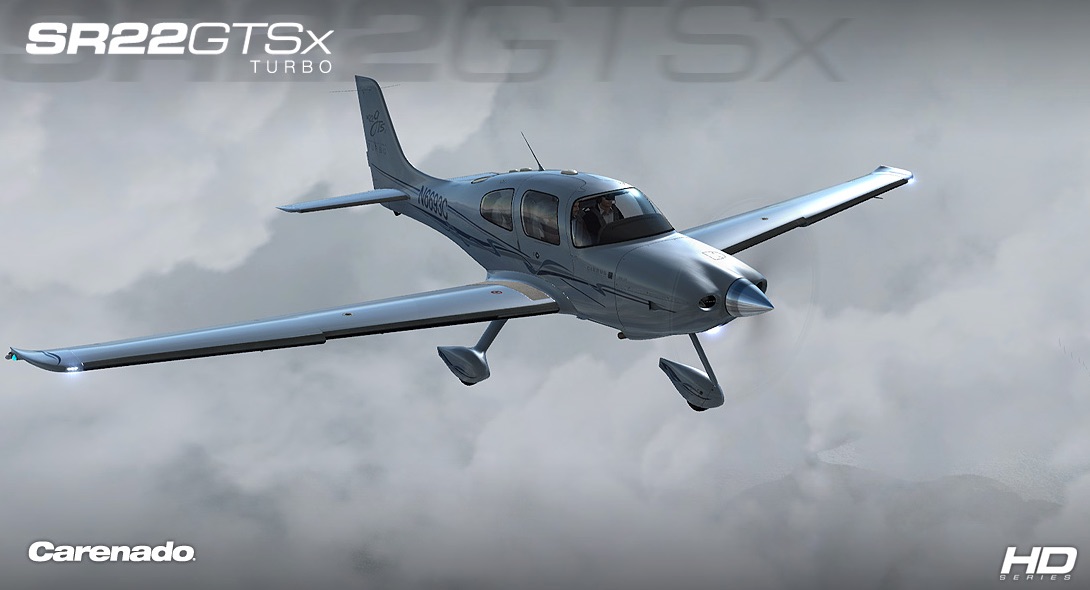 Even with all that horsepower it was going to be about a two hour and five minute flight as we had headwinds, some 20 knots, the entire way. I departed Kanab on the CTAF frequency, and then once I was at 12,500 I picked up flight following by calling the PE LA Center frequency. Things went along fine from there, but there were missteps and complications along the way, each of which had its lessons: 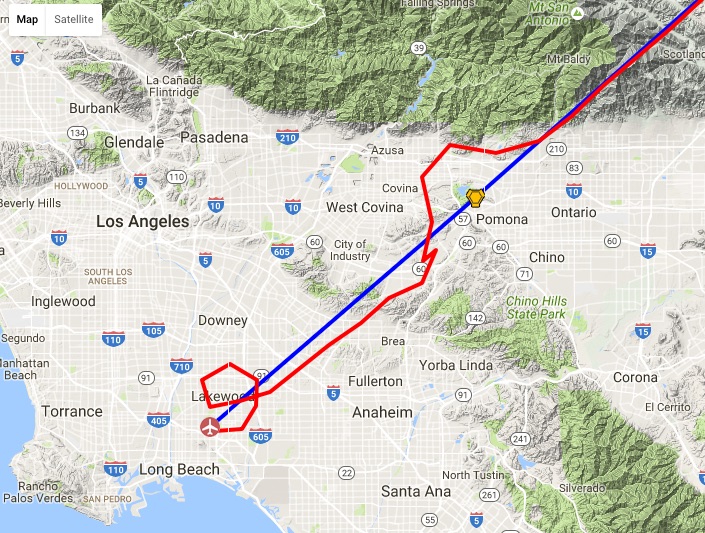 All told, the flight felt like a workout, and a very useful training session. The great thing about the sim and the software is that conditions can get quite real, and they can require real decision making. This flight had a lot of them, and I felt like my training brain was working nearly the entire time. I suspect that’s valuable as a student pilot. At least, I hope so.

The next flight is Long Beach to Montgomery Field. This will be my first flight on Pilot Edge into the San Diego area, and I’m looking forward to it. And here’s the challenge progress so far. 112 pilots have started the challenge, and only 59 have made it this far. 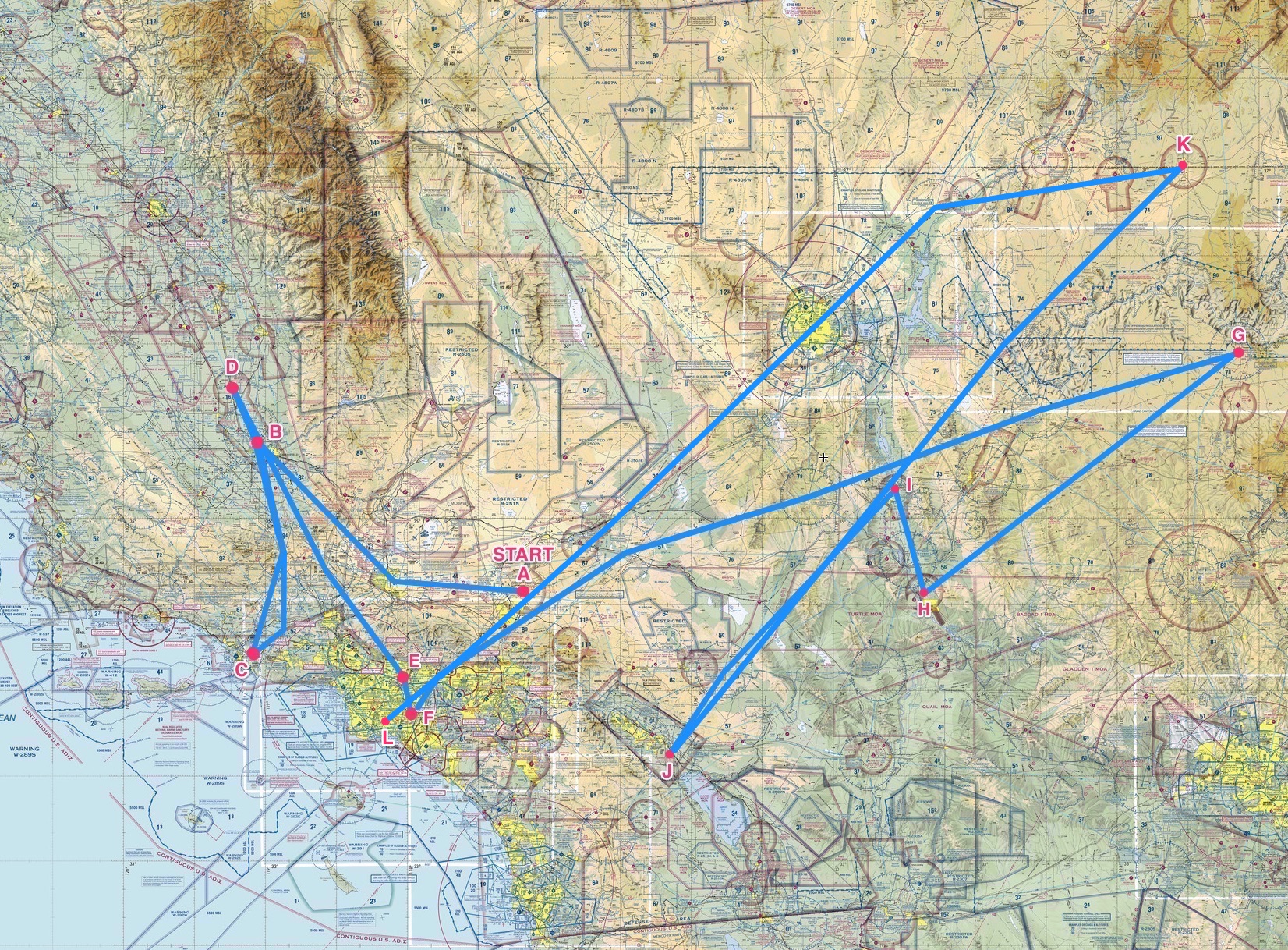