The final PE Alphabet Challenge post for now, leg 6, “F” to “G,” which is Fullerton to Grand Canyon. This is a long hop, over 300 nautical miles and about 2 hours 25 minutes start to finish. The plan was to fly via VOR navigation at 9,500 feet via the Pomona, Hector, Goffs, and Peach Springs VORs, with no GPS and no autopilot just to make it interesting. To save some time I used the A2A Cessna 182.

There are at least three major VFR considerations on this flight. The first is the complex airspace departing Fullerton. As you can see below, around the Fullerton airport you have the LAX Bravo (over the top), the Los Alamitos Delta (to the SW), the Brackett Delta (on the way), and the Ontario Charlie (also on the way). One way to fly this VFR would be to make a quick right hand turn on departure, stay below the 4,000 foot LAX Bravo floor, then quickly climb over 5,000 to clear the Brackett and Ontario airspaces. Or you could do what I did, which is just request flight following and talk to ATC the entire way, letting them handle the transitions for you. 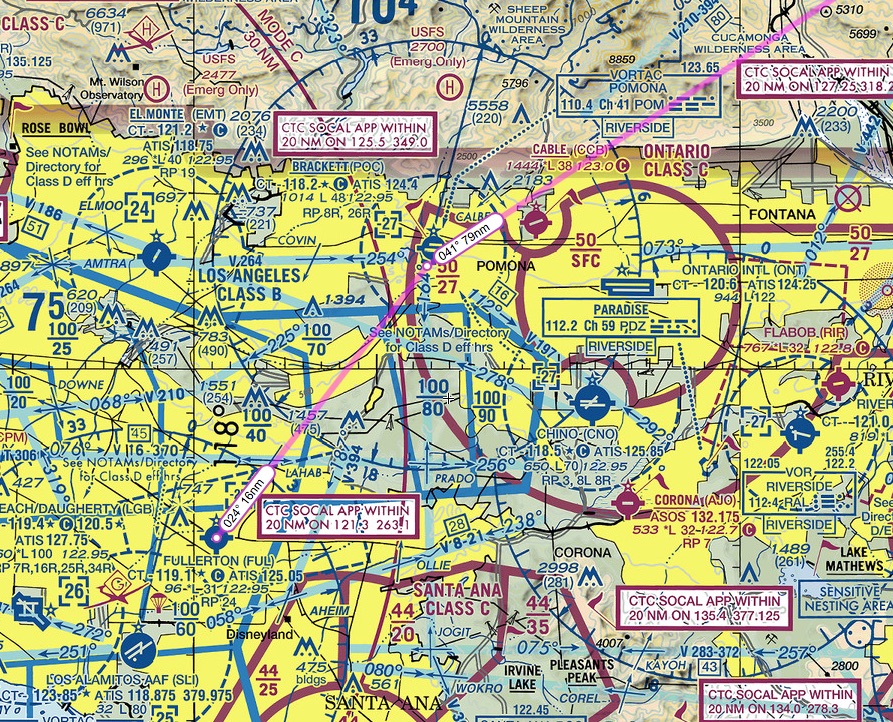 The second VFR consideration are the numerous restricted military training and operating areas along the way. The VOR route I mapped out flies between them. And finally, you have to figure out a place to land if the engine coughs. On this route there are lots of options early, but the rest of the way you’re thinking lake bed, highway, or desert scrub.

Here’s my actual route of flight and elevation profile. One of the very fair critiques of Prepar3d as a simulator is that it’s harder to trim the aircraft in the sim than in real life. I’ve only had four flights in my real-world instruction so far, but I find this is absolutely the case. It’s almost easier to just manage the yoke continuously than count on the elevator trim to hold an altitude. You can also see the little dip early in the flight where I descended to stay out of the LAX Bravo, which I did not have permission to enter. Finally, I was not yet picking up the Grand Canyon VOR after passing Peach Springs, so I veered a bit south just to stay clear of the Grand Canyon restricted flight area.

And here’s the current Alphabet Challenge progress map to date, with legs A-F flown (you can click it to see it much larger sized): 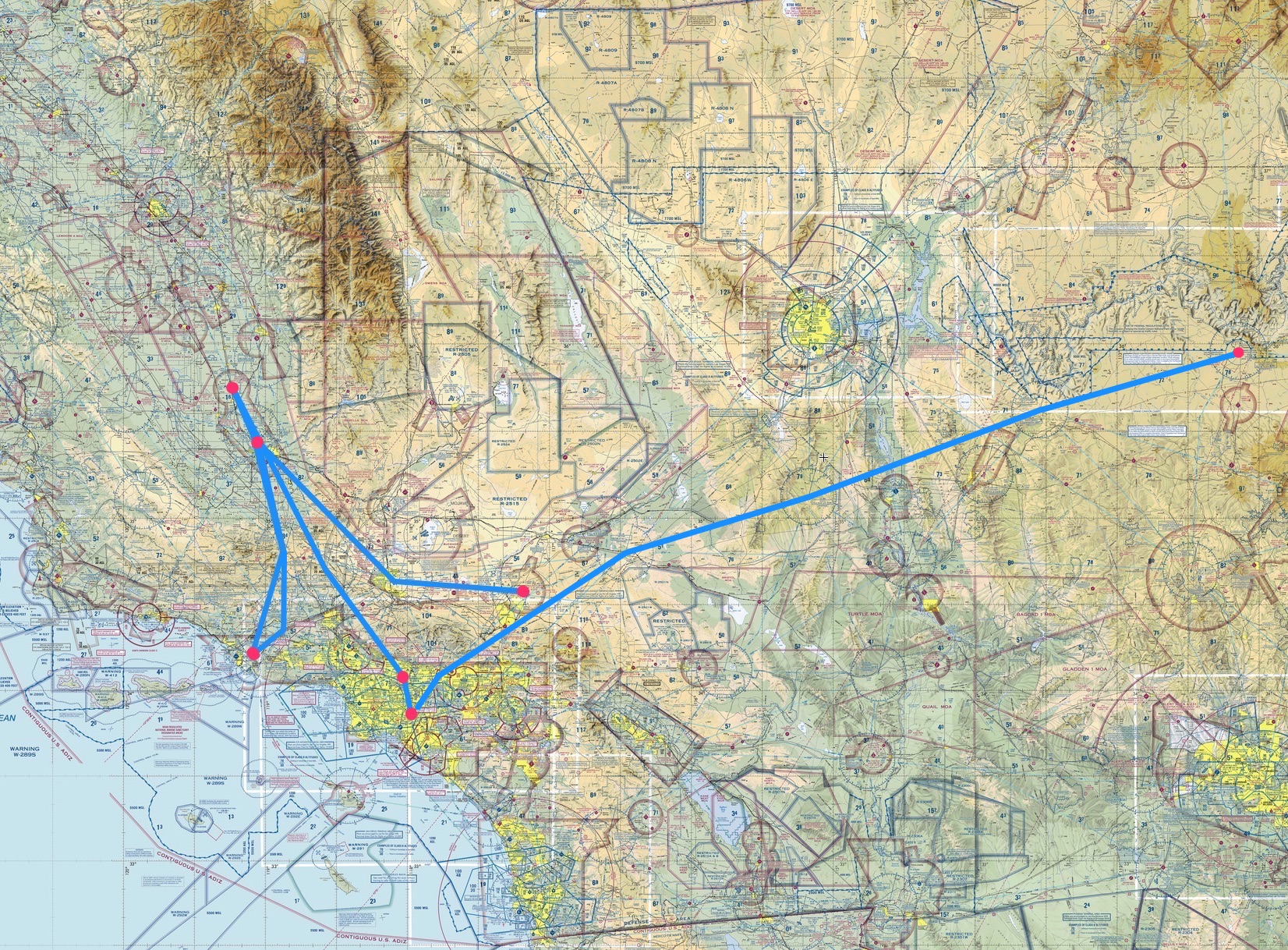