One of the things I’m trying to do with the basement sim is make it as immersive as possible as a general aviation aircraft without typing it too closely to one particular plane. It’s primarily modeled on a Cessna 182 (panel size and shape, cabin dimensions, etc.), and that’s the GA aircraft I fly most often in the simulator, but I also fly Pipers, Mooneys, and other aircraft, and want the interior to be general enough that I can do this without breaking the illusion.

All that said, it’s more C182 than anything else, and as I’ve been adding appointments to the cabin it’s been C182 stuff that I’ve been looking for. Last weekend I was able to add two new ones, and I think they turned out pretty cool.

The first is air vents. Cessna GA aircraft have air vents that stick out above the pilot / co-pilot foreheads at the top of the windshield (and that come out from the leading edge of the wing where it joins the cabin). Sometimes these look like little stovepipes (on older Cessnas), and more recently they are ball-and-socket vents. I was able to find two ball-and-socket vents from an actual aircraft on Ebay, and last weekend built small side panels so I could attach them to the cabin. I think they turned out really well. Here are some shots: 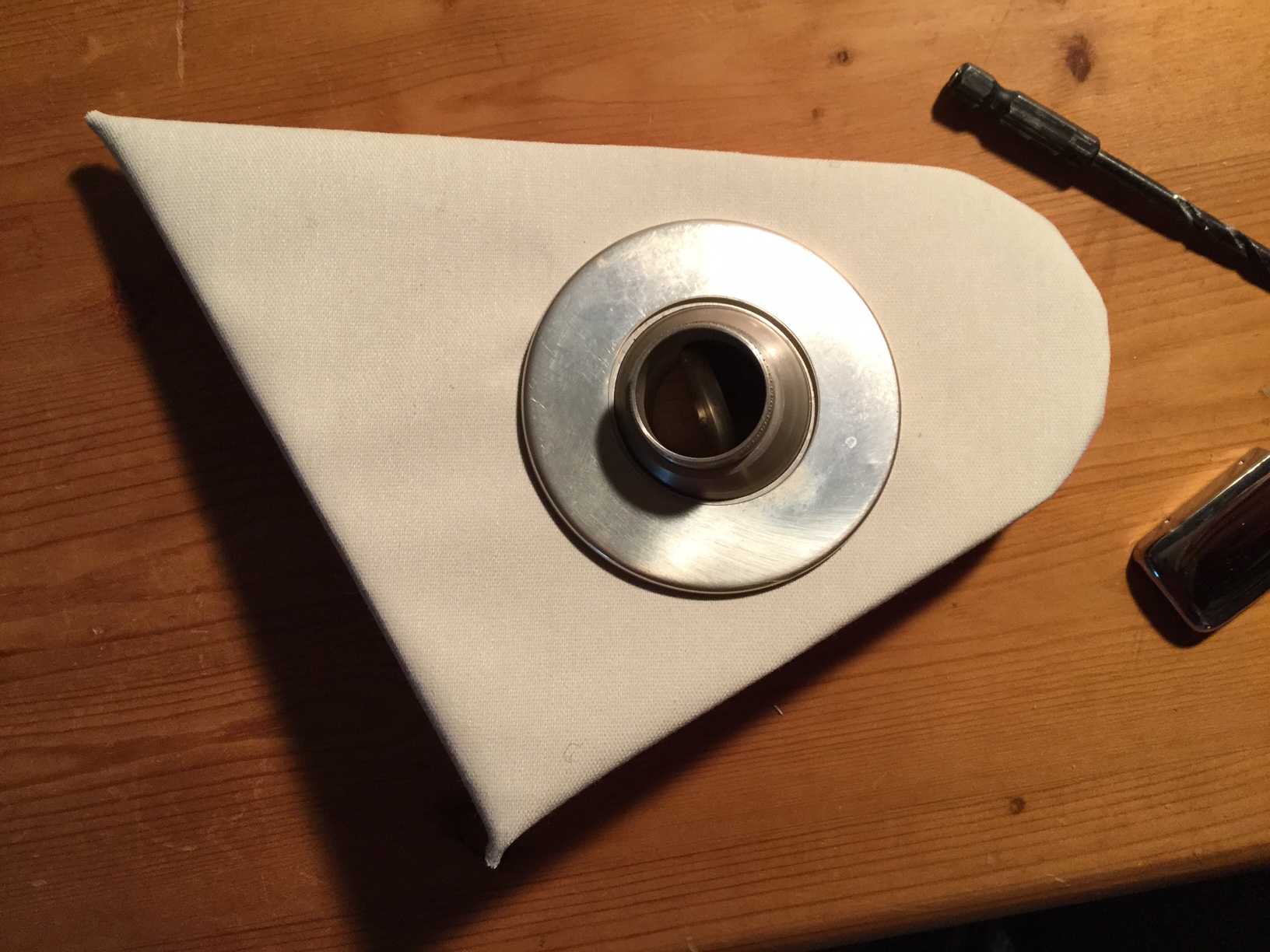 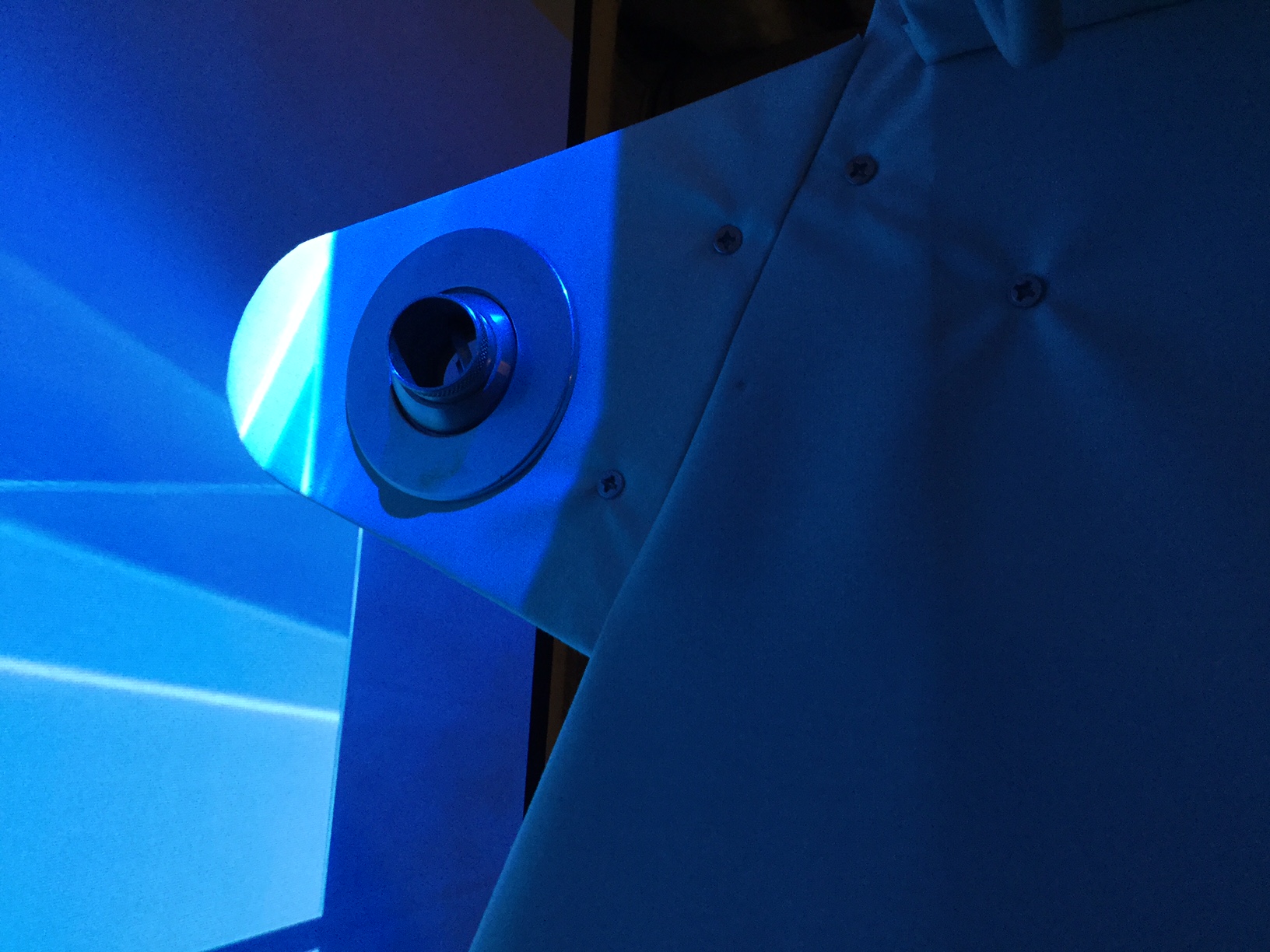 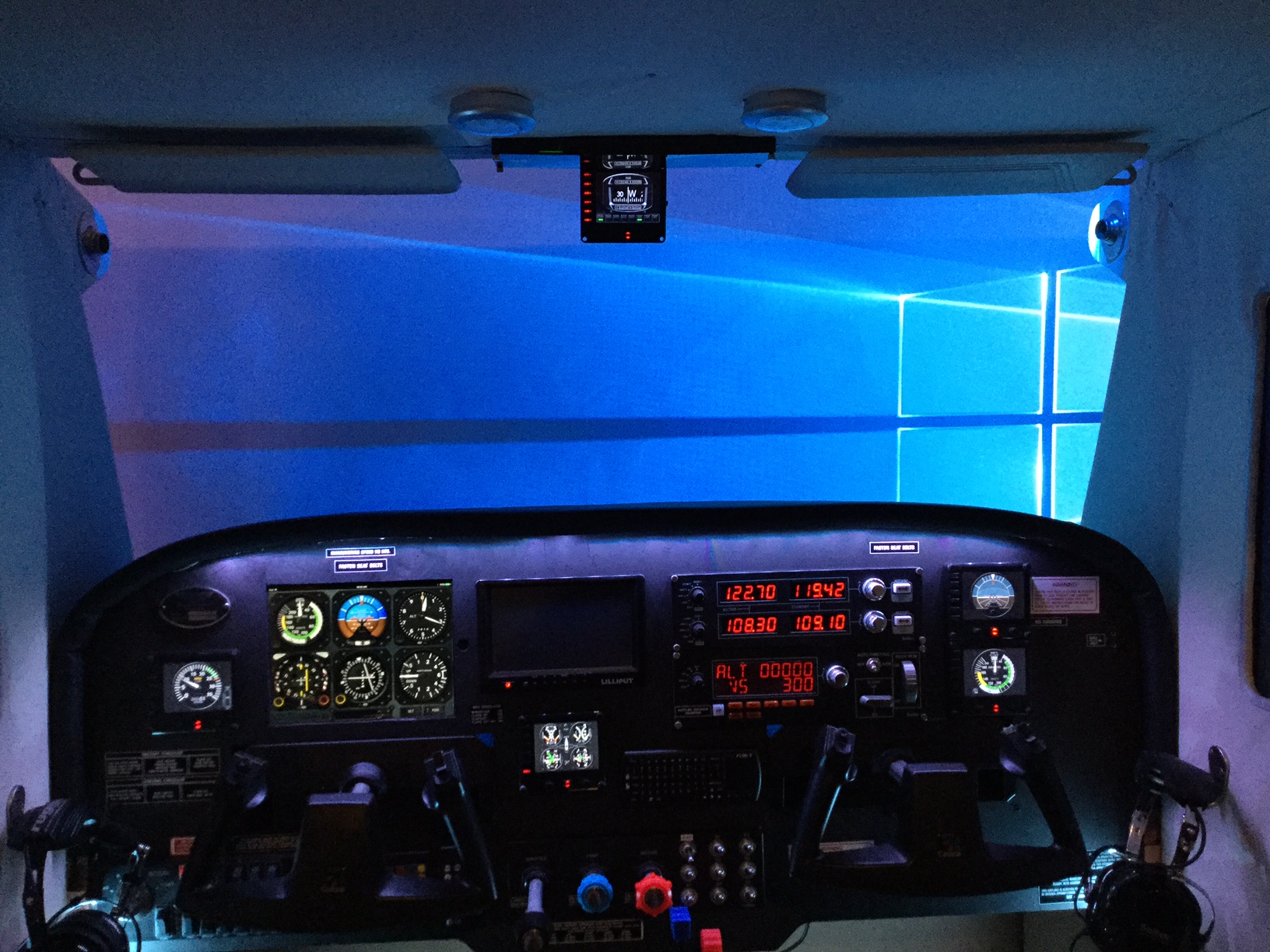 With the vents and C812 sun visors, I think the front of the sim is really starting to look like a real aircraft. It also smells a bit like old airplane, which I don’t mind at all.

Also last week I found on Ebay some C182 door assist handles. They match the tan color scheme, and while used, had new brackets so they look great. Here’s a shot of the one on the right side of the cabin: 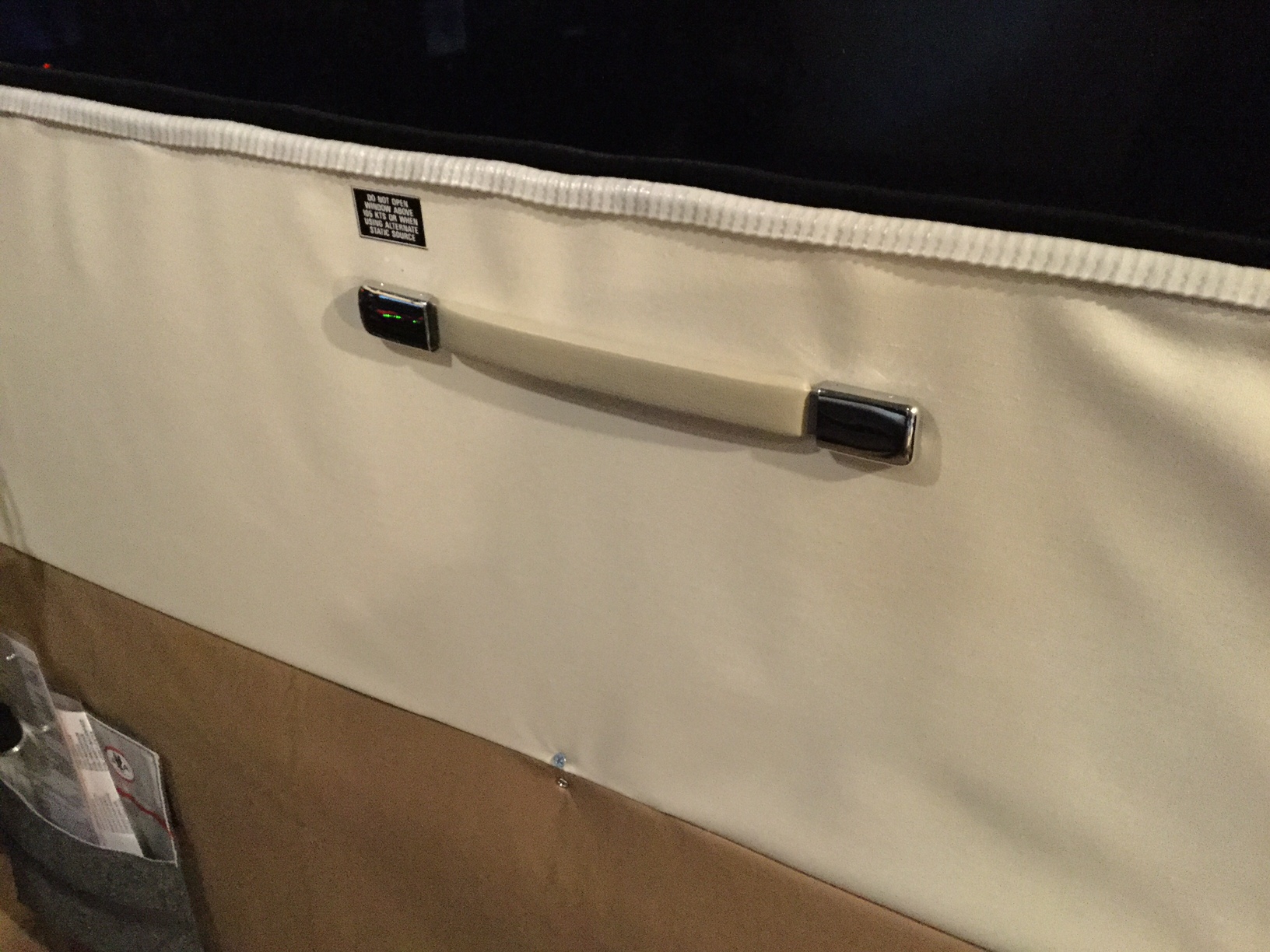 From an appointment standpoint there’s really only one thing left to get, and that’s door handles. I’d like to get real ones from a C182 if I can. They pop up on Ebay sometimes, but the prices are often too high, or it’s one one handle instead of two, or they either black or silver but not a matching pair. So I’m just watching and waiting. In the meantime, sometimes I forget I’m not sitting in my basement, which is sort of the point!