One of the readers and forum contributors here is a nice gent named Ken. Ken and I have flown together on PilotEdge, and one of the things I’ve learned is that he literally flies from place to place in Prepar3D using his slippery-fast Mooney. He does not relocate his aircraft at specific airports – if he wants to go some where, he flies there. The past several months he’s been on the West coast. A few months ago he nearly joined a PE ACT flight we’d arranged in Oregon as he was within striking distance of the fields we planned to use. Yesterday he joined the Alphabet Challenge flight from KTSP, and he flew up from elsewhere in SoCal that morning to do so. We finished at Bermuda Dunes, and it’s from there that he’ll continue his journey. He lives in Long Island, and plans to soon start the journey east so he can again simulate flights in his own neck of the woods.

I was impressed by this when I heard it, and I still am. One of the great things about our simulation software is that you can instantly fly anywhere in the world, and I’ve been able to simulate flights in some cool places as a result. At the same time, there’s a whole new dimension one probably adds to the experience by getting there the hard way.

So I think I’m going to give that a go. Not on every flight, as there are too many missions I want to fly for training and videos to do so, but with a specific aircraft that I will fly as my “fun” airplane. I’ll start it on the ramp at KSLC and see where we go from there, always leaving that situation saved in X-Plane so I can pick it up along the way.

To do this and make it reasonable from a time perspective one probably needs a fast ship like Ken’s Mooney. So, thanks to Jason Chandler’s Piper Package, I do believe I’ll be using this, which should do the job nicely. 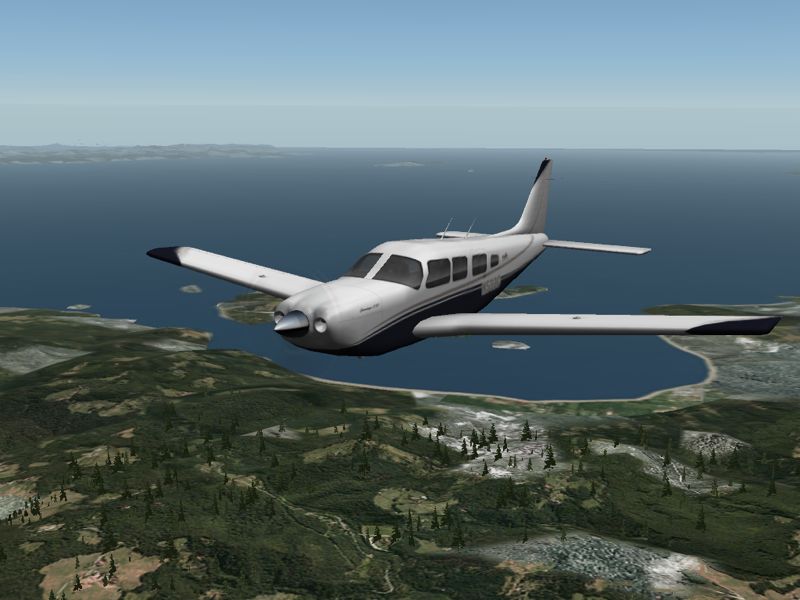 The Piper 32R-301T Saratoga. Retractable gear, 300 HP, a cruise speed of 177 knots, range of 784 miles, ceiling of 20,000 feet, and still short-field capable. Much more airplane that I would fly right now in the real world, but simming in a more complex aircraft will increase my workload and help train me to stay ahead of the aircraft in the Warrior (“Fast ship? … Fast enough for you, old man …”). I think this is going to be fun, and I’ll post updates from the virtual journey along the way.

4 thoughts on “The Virtues Of Flying From Place To Place”