Finally I found a 18.5“ widescreen monitor on ebay (10€, yesss) to fit between the GS and the yoke. After ripping off the housing I first glued the box containing the electrical stuff to the backside of the panel with some hot glue.

To mount the panel, I took two MDF cut-offs with a notch from the building process.  I used the bandsaw to make them fit the thickness of the panel. Afterwards I glued in one piece on the left side to hold the panel: 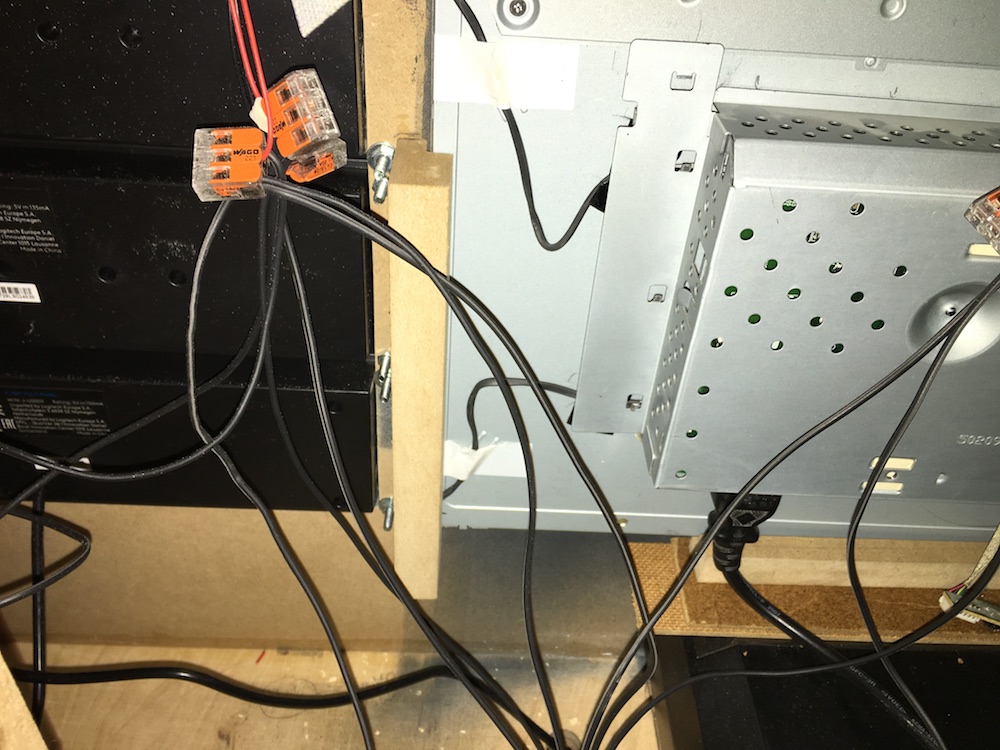 To the right, there is a straight piece where I glued in two M3 screws before attaching it to the panel. On top of this there is a second piece, again with a notch, which clamps the monitor panel to the mip by tightening the screws (I still have to clean up the wire mess ::) 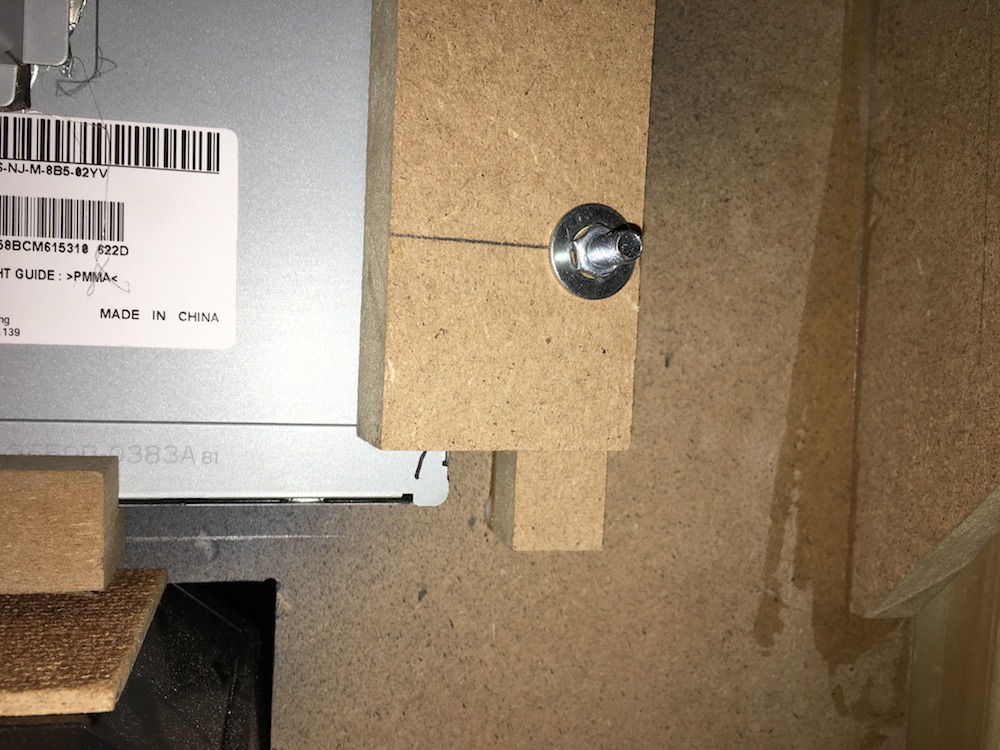 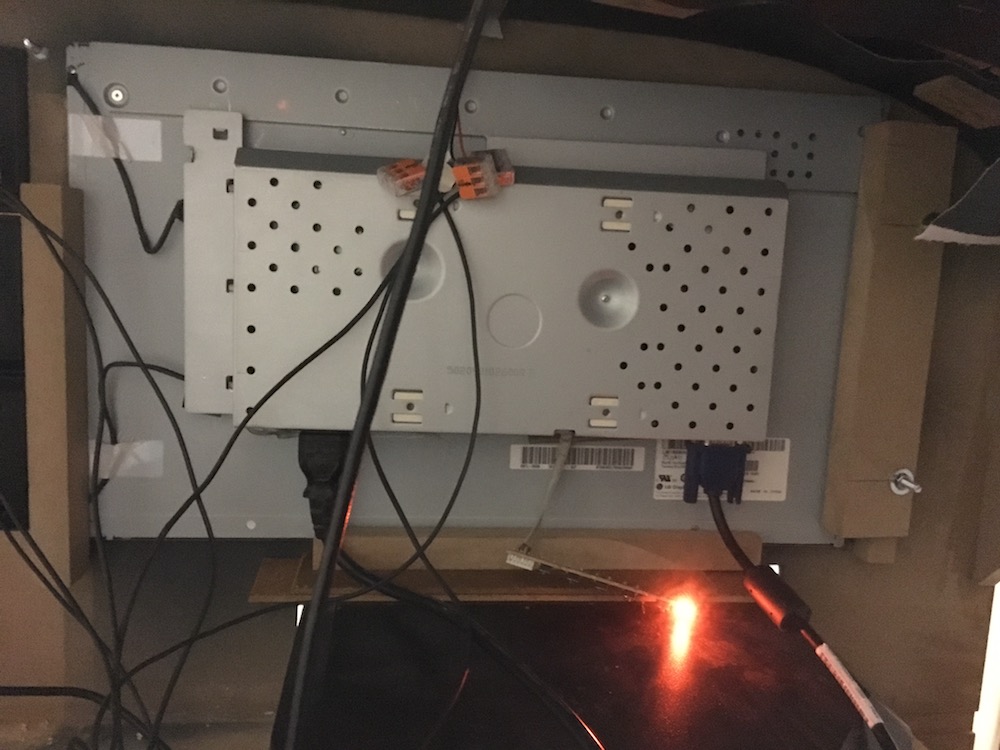 For the instruments I´m using Airmanager and Airplayer. Airplayer is temporarily installed on an old Samsung NC10 netbook. I struggled a bit at the beginning because Airplayer requires Opengl and the damn Intel 945 Chipset only supports 1.4. I tricked Airplayer into using mesa 3d (software opengl) which makes it a bit laggy but for the beginning its fine.

I can´t recommend to start the MiP before you have the monitor. I did so and had to compromise on the instruments. By simply placing the yoke a few cm deeper I could have had all the instruments. But due to the limited height, I had to take the 18.5“ wide screen which is not wide enough to show all instrument. I´ll add some saitek instrument panels some day for that.

I also glued in the 7“ touch panel (Amazon, 50€) for the garmin navigation. At first it gave me a hard time regarding software settings, but meanwhile it works with FSX and XP11 perfectly.  The only trade off: At least for now, I need to set the 7“ screen as primary monitor. 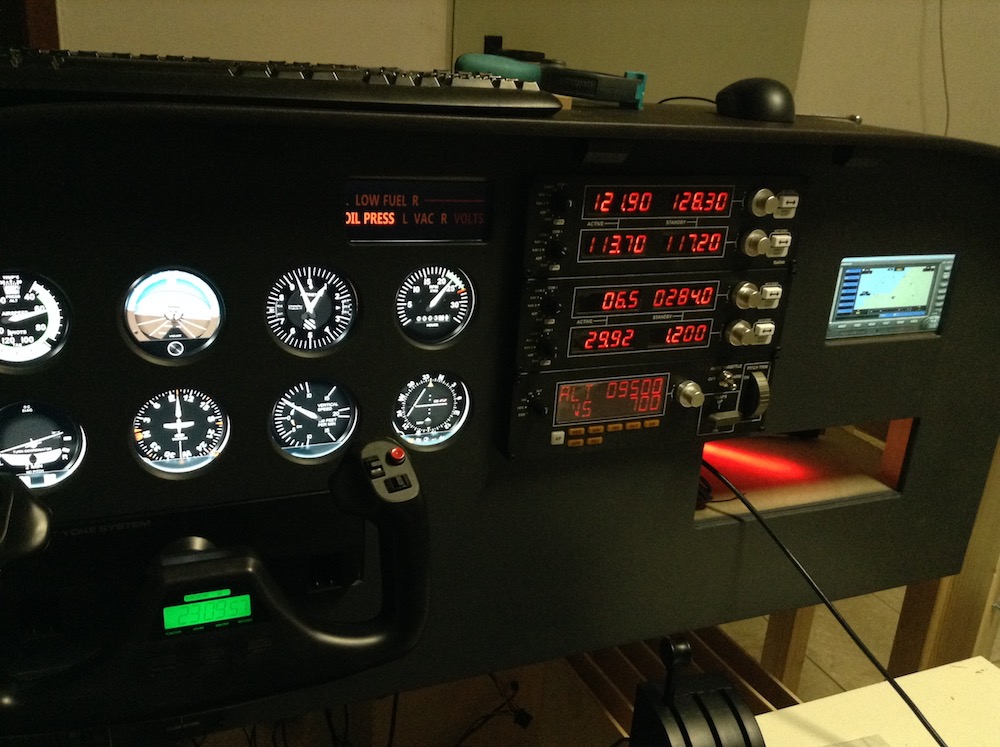 That´s it for now. As soon as I make further progress, I´ll keep you updated, if you like this kind of information. Take care and have a nice weekend!