Yesterday I was able to get in a new leg on the PilotEdge Alphabet Challenge, flying from Bullhead / Laughlin (KIFP) to Jacqueline Cochran (KTRM). This as a VFR flight, using the Twentynine Palms VOR and Thermal VORs as navaids. Here’s the chart (click to enlarge): 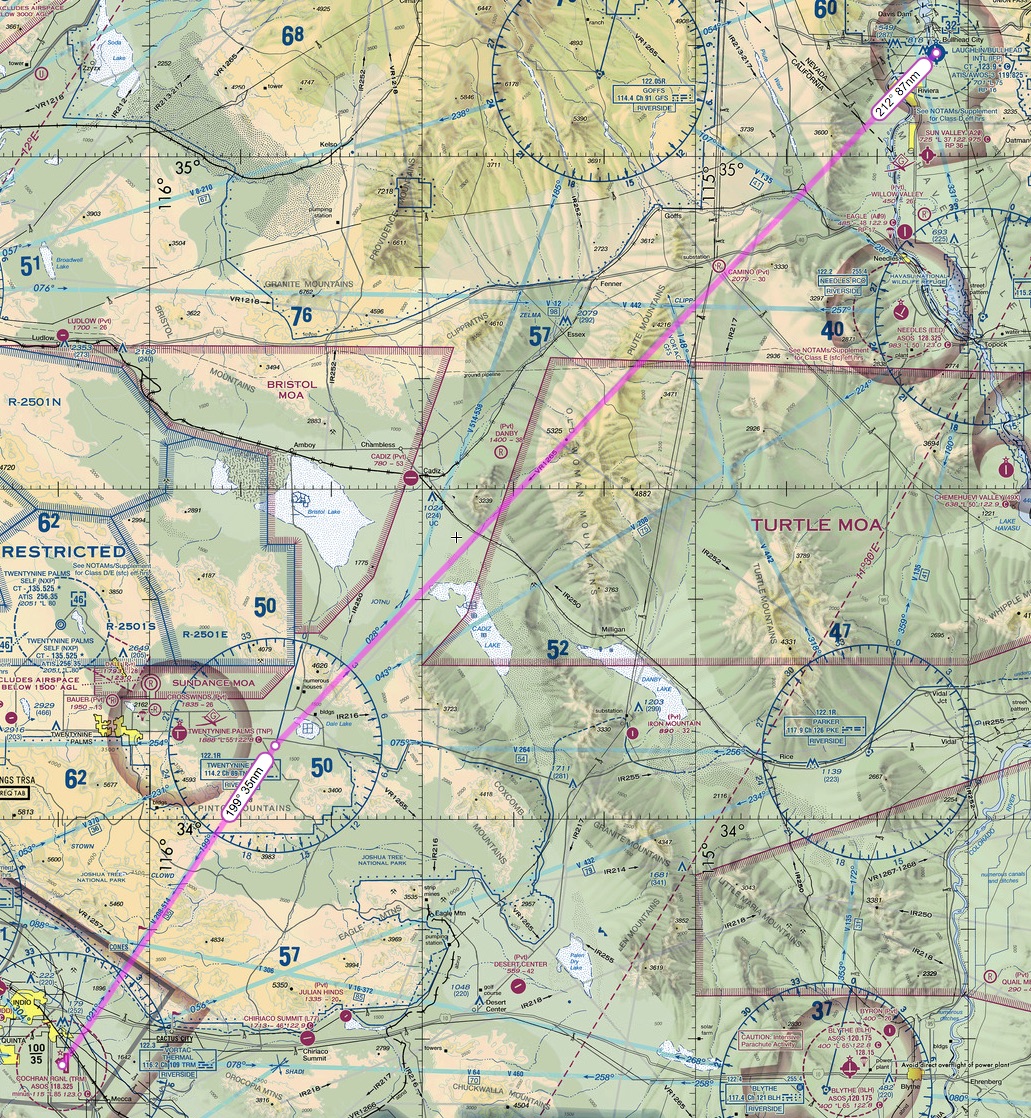 I did have an interesting moment on this flight. Right after departure my primary yoke went inoperative (probably because I accidentally unplugged it or its USB cable). This happened just as I was off the runway. As I was trying to get it sorted, and still flying the airplane with the other yoke, Bullhead tower asked me to switch to LA Center. I couldn’t respond, as the push-to-talk switch is on the primary yoke. He called four times, with no response. So as I was trying to fly the airplane, unplug the yoke, plug in the yoke, close down SPAD.neXt, and re-launch SPAD.neXt, I also squawked 7600 for lost communications and made the turn he expected me to make out of departure. In a few minutes I had it sorted and regained communication, but if I hadn’t I would have run the lost comms procedure and then flown to an uncontrolled airport to make a cautions pattern entry and landing.

Item for the “to do” list: configure the PTT switch on yoke #2 …

Here’s the Alpha Challenge progress to date. The next flight is “J” to “K,” which is one of the longer flights in the challenge, Jacqueline Cochran to Kanab. 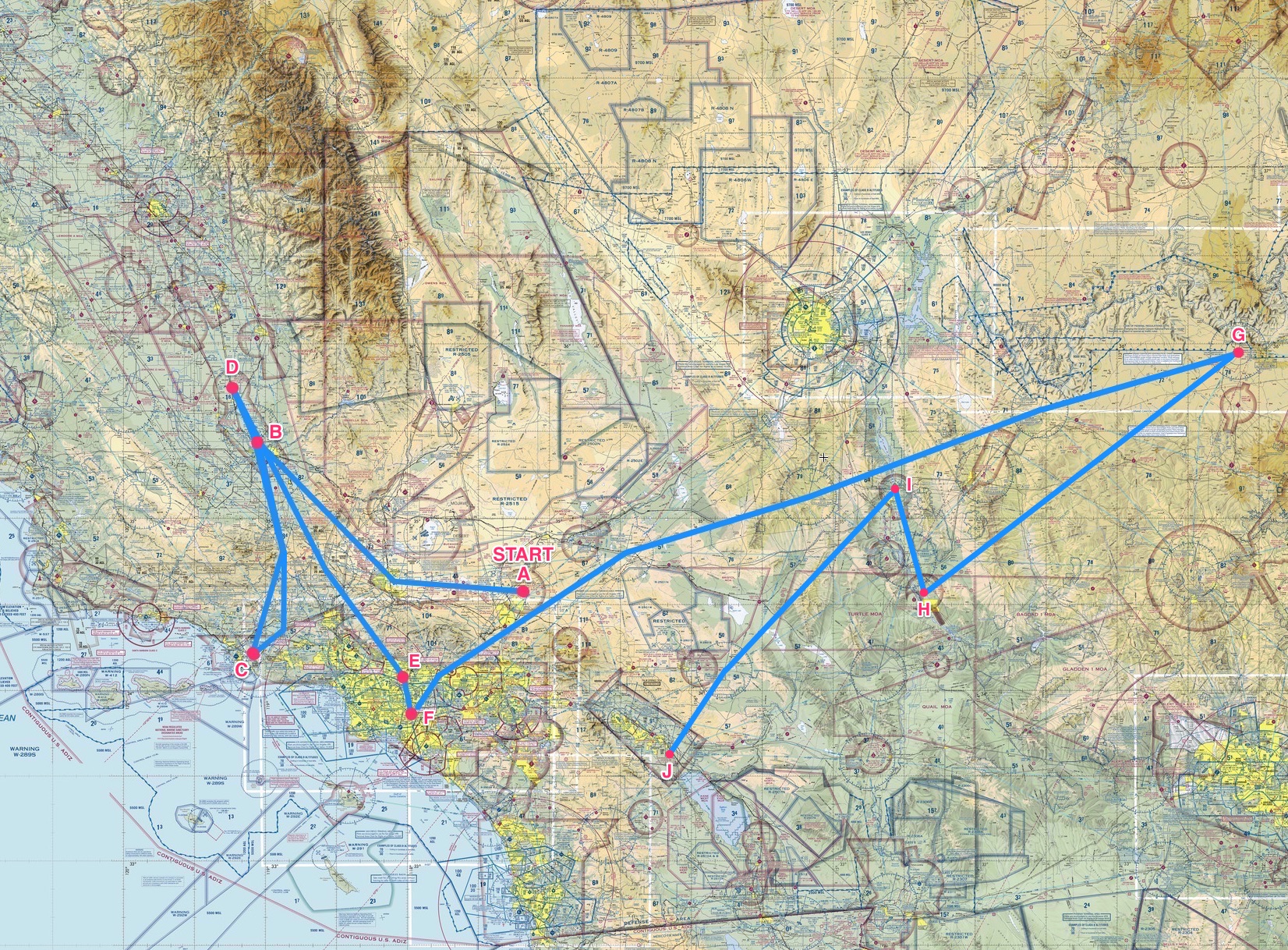