Last night on PilotEdge I decided to fly from Victorville, CA to Boulder, City, NV (just outside Las Vegas). This is the first leg of a two-leg trip VFR PilotEdge flight from KVCV to St. George, Utah. KVCV is the old George Air Force Base, and is now a towered public field working as Southern California Logistics. My Dad was based at George in the early 1960s as a doc in the Air Force, and while it was before I was born, stories of going “over the hill to Victorville,” and the realities of high-dessert 1960s base life, still run through our regular family mythology.

While this was a VFR flight, I did file a flight plan online via PilotEdge so I could log and track the flight on PEaware. The sectional chart below shows the flight, and I planned it as direct GPS, 140 knots, 7,500 feet (necessary to keep from running into the shoulders of Clark Mountain). Other things to manage on this flight included getting clearance to fly through the Silver North Military Operating Area, avoiding the Las Vegas Bravo airspace, and arriving at Boulder City in the dark. You can click that chart image to see it full-sized. 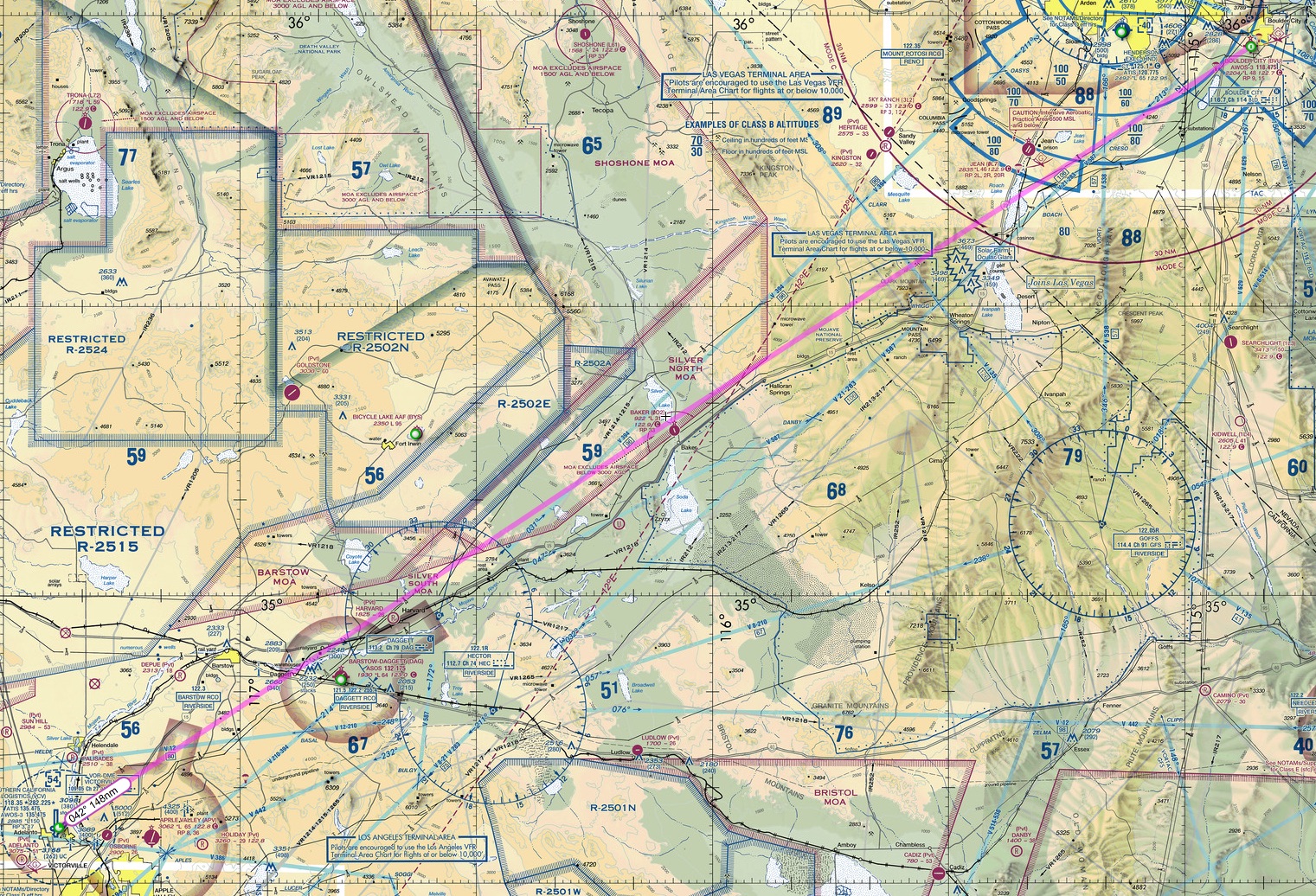 The route and vertical / speed profiles are below. I used ATC flight following the entire way, which is a smart thing to do because it’s safer, and it makes the handoffs near a Bravo like Las Vegas a bit less worrisome for pilot and ATC (you know they are watching, and they know you know where you are going). The PilotEdge side of things went well, save three small mistakes: I called to Joshua Departure before switching over from KVCV tower, I addressed Las Vegas Approach as LA Center for half-second before correcting myself, and when I went to the KBVU CTAF I told LV Approach I was going to their tower (when there is no tower). I was already correcting myself when the controller said, “I don’t think you’ll find a tower at Boulder City, but you’re welcome to try.” What can I say, it was late. Still, it goes to show that PilotEdge is an excellent training tool, and I learn something every time, even if just listening to the traffic. It can’t be beat as a simulation add on. 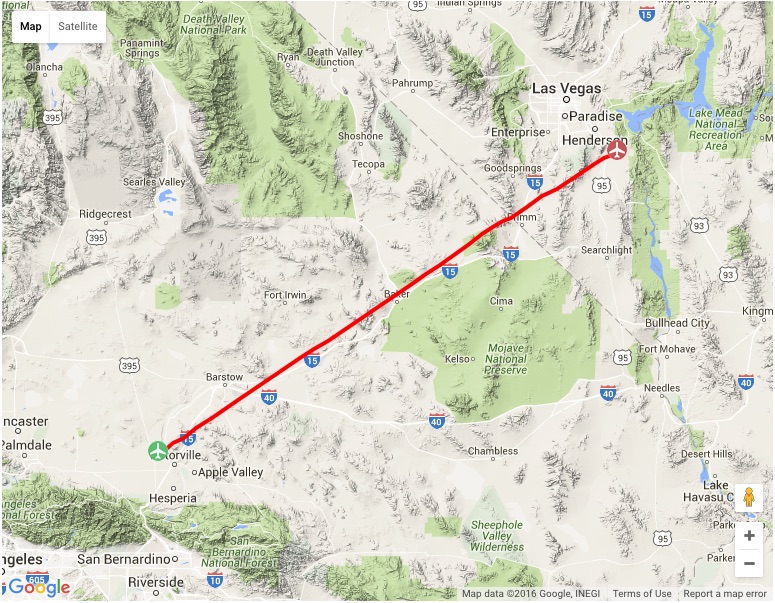 On this flight as well, even though it was a simulated experience, some family history came back. The Orbx scenery is realistic enough that as I overflew the dry lake beds of Silver Lake and Soda Lake, I recalled stories my father has told about taking a light plane from George AFB during the Cuban missile crisis, and flying out into the Mojave to scout lake beds where he could land and caves where he could stash the family if the bombs started to fall. And they nearly did. He knew to make that flight when he came home one day and all the F-104 pilots had their flight bags packed and sitting on their doorsteps. They were taking on nukes and flying to Florida. Chilling times, ones I hope never return.