One of the things that’s a challenge with simulation flying is realistic air traffic control. There is automated ATC in the software, which you interact with via a keyboard. It sounds OK, but ties you to the keyboard and shows a window on screen, both of which can kill the immersion. It also is very basic in giving routing and separation directions, and does not follow the vast majority of real-world instrument flight rule procedures. You can also use an add-on like Multi Crew Experience, which when configured well does a pretty good job of recognizing what you say into the headset and interpreting it as the right keyboard direction. But both interrupt the simulation immersion in their own ways.

There are two other very popular options, VATSIM and IVAO. They are staffed by a mix of hobbyists, ATC operators in training, and the real thing. While popular, the critique is that they can be very inconsistent, both in what is covered when (that’s left to the ATC nerds online, not the simulation nerds, and often in the US there are just a few towers and centers up and running), and in their realism. So last night I signed up for a free 14-day trial (and did my first flight) on PilotEdge. PilotEdge is a subscription service that offers a very realistic ATC training environment, 15 hours each day, over a large swath of Southern California and parts of Arizona, Nevada, and Utah: 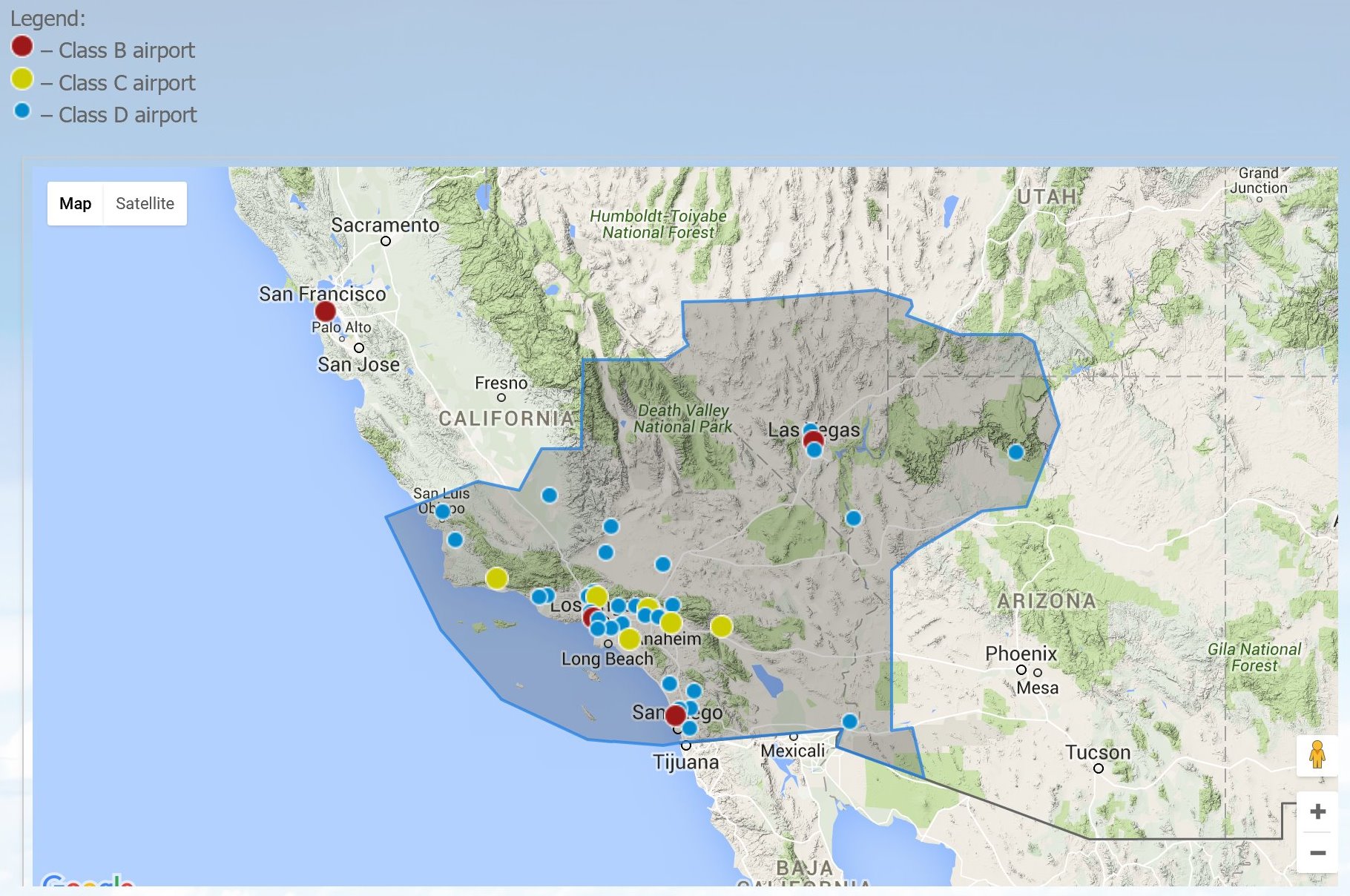 How realistic? Extremely. The business was founded and is staffed by real air traffic controllers, using realistic equipment, and managing the airspace just as they would if they were in the tower. The folks who fly on PilotEdge are typically either simmers in search of realism, real-world pilots keeping their skills fresh, or flight students practicing with their instructors. Just about everyone who has used PilotEdge has had roughly the same thing to say about it: this is as real as it gets, and these guys are by the book. (You can hear for yourself here.)

So last night, toward the end of the coverage day when things weren’t too busy (just five or six live pilots online but hundreds of drone aircraft filling the skies) I completed my first flight on the network. This is a suggested intro flight from L52 (Oceana) to KSBP (San Luis Obispo). Given that I’m not a real-world pilot, but a guy who has gotten increasingly serious about simulation, this was my first time dealing with anything this … real. And it was cool.

The only stuff I know about VFR flight rules is what I’ve been able to read and learn in the sim. So to prep I watched a training video of the suggested intro flight, and flew it a few times before logging in to get my wits about me. Still, I can’t believe how nervous I was. It was ridiculous. Truly. Even though this is all simulated, I knew I was in new waters, where I could not touch the bottom, surrounded by people for whom this is their job.

Nonetheless, I thought I handled myself well. I wasn’t sure if the push-to-talk switch on the yoke was configured right, so while at L52 (which is an unmanned airport with no ATC) I got on the San Luis tower frequency and got a radio check. “Loud and clear,” he said. Wow. A real person talking to me on the basement sim. Amazing. I announced my departure intentions on the L52 frequency, contacted KSBP tower once out of the pattern, and got instruction to “make straight in for runway 29 and report when on two mile final.” Cool! I made the final call on two mile final, got clearance to land, and even though I was ridiculously anxious I greased the landing. I made a right-hand turn off 29 and waited for direction.

I was feeling pretty good about myself. So much so that I sort of stopped paying close attention and I missed a call from tower. “Was that to me? Was he talking to me?” A few seconds later I thought, “Did he tell me to taxi to the ramp? He must have.”

So continue to taxi I did. Wrong move, bucko. The next thing I heard was: “Uhh … Cessna 5 Juliet Golf, where are you going?” The tone, which inferred a “seriously?” at the end of the sentence although it was unspoken, was more notable to me. I cringed, and I apologized that I had missed the call. A brief but well deserved (and terse but not impatient) reminder to wait for instruction after leaving the runway followed. I didn’t tell him I was a noob. I figured I probably didn’t have to.

I woke up this morning excited to do it again, and I’ll be sending in my check. I’ll also be hitting the trainings and workshops — and there are training ratings for PilotEdge as well as many hours of instruction workshops — because I definitely want to get good at this.

5 thoughts on “Flying On PilotEdge (And On Being A Noob)”